Two 4 One has BC premiere 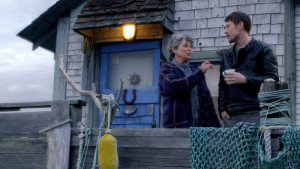 A scene from Two 4 One

Department of Writing professor Maureen Bradley‘s debut feature film, Two 4 One, will have its BC premiere in Vancouver on October 1 & 3 at the Vancouver International Film Festival.This is following the world premiere at the 2014 Calgary International Film Festival, in their Canadian Cinema Series. At VIFF, it’s featured in both the Canadian Images program, and in the BC Spotlight.

“The VIFF West Coast premiere at the Rio was packed,” wrote Bradley on the movie’s Indiegogo page, which helped finance the production. “So far,  response has been fantastic. Last night there lots of laughs and some tears.  It was great to see old friends and have family cheering me on.”

Regular blog readers will have been following the development of Bradley’s transgender romantic comedy. Both Bradley and film producer & Fine Arts digital media specialist Daniel Hogg were in attendance for Q&As at the Calgary screenings, along with some of their cast. 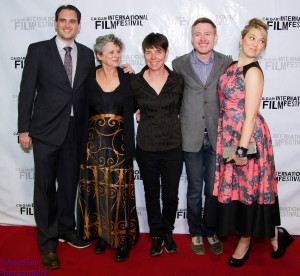 Described as the first transgender rom-com, Two 4 One follows transgendered Adam (This Hour Has 22 Minutes’ Gavin Crawford) and Miriam (Mr. D’s Naomi Snieckus) as they enjoy an ill-advised one-night stand . . . only to wind up both being pregnant. Gabrielle Rose (The Sweet Hereafter) co-stars.

Check out this Calgary Sun interview about the film, which they describe as having “several clever and hilarious twists.” You can also peruse this VIFF Q&A with Bradley, where she discusses the project’s inspiration, biggest challenges and offers some advice to aspiring directors.

And VIFF BC Spotlight programer Terry McEvoy said this about Two 4 One in this Westender article: “It strains your belief, this idea that this couple gets together and both end up pregnant, but the set-up that she has for it, and the performances in it, are just fantastic.”

Two 4 One plays Oct. 1 at 9:00pm at Vancouver’s classic Rio Theatre and multiplexing it Oct. 3rd at 11:00am at the Cineplex Odeon International Village 8.

Keep up tp date on all things Two 4 One via their Facebook page. And fingers crossed for a Victoria date with this locally-lensed charmer at the Victoria Film Festival!