Re-Birth of the Cool

The Birth of the Cool recordings have influenced musicians and arrangers worldwide, and—since their release on vinyl in 1954—continue to be one of the most extensively discussed, studied, imitated, and transcribed in the history of jazz. For UVic Jazz professor Patrick Boyle, these recordings were his first exposure to Miles Davis. 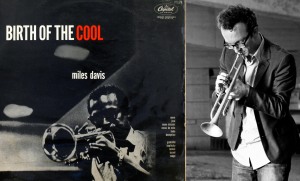 “In high school I took a cassette tape out from my local library and practically wore it out,” Boyle recalls. Revolutionary in their time, the Birth of the Cool sessions were the first notable new movement in jazz since bebop. Sixty-five years later, “there is still a freshness and vitality to these recordings,” says Boyle. 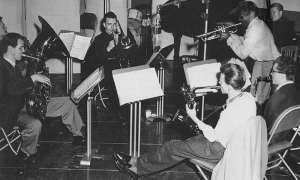 The original nonet recordings were organized as labour of love—and exploration. “In 1948, Gil Evans held informal jam sessions in his small apartment behind a Chinese laundry in New York City where Davis, Gerry Mulligan, John Lewis, and John Carisi experimented with new harmonies and orchestrations,” explains Boyle. “The arrangers were never paid for their work and were excited to see if they could capture the intricate complexity of the Claude Thornhill Orchestra—Evans’ one-time employer—through a smaller group. Most notable are the inclusion of french horn and tuba, instruments which were and remain under-utilized in jazz settings.” 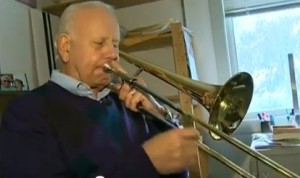 Also notable among the guest artists for the September 20 concert is revered Victoria trombonist and School of Music professor emeritus Ian McDougall, who will join Boyle for some duos in the second half of the evening. “One of the most important musicians this country has produced, [McDougall] is an ideal model for anyone wishing to pursue a career in music: know everything about what you do, do it better than anyone else, and be the funniest guy to hang out with while you’re doing it,” says Boyle.

Re-Birth of the Cool starts at 8pm on Saturday, September 20 at the Phillip T. Young Recital Hall. Tickets are available through the UVic Ticket Centre and at the door.