Noted poet and Department of Writing professor Tim Lilburn has joined the ranks of Canada’s academic elite after being elected by his peers to become a Fellow of the Royal Society of Canada. The distinction is Canada’s highest academic honour. 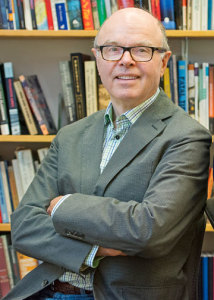 Lilburn is one of the world’s leading poets and essayists on poetics. His works—including nine books of poetry and two essay collections—help us interpret our relationship to landscapes and their ecologies, and offer paths forward to living ethically within these relationships.

“Place is a version of one’s larger body: where you live shapes you physically, psychically and spiritually,” says Lilburn. “It certainly affects how you write. If you live in a colonial mindset you tend to forget about this link—and, as a result, you forget about an important part of yourself. Poetry is important because it gives us stillness.”

Lilburn’s work has been translated into French, Chinese, Siberian, German, Spanish and Polish, and has been widely anthologized. He gives readings and lectures around the world and is a frequent guest on radio and television. In 2011, he served as a judge for the Griffin Poetry Prize, the world’s largest prize for a single collection of poetry written in, or translated into, English.

Among his many awards, he has been twice nominated for the Governor General’s Award in Literature: first for Tourist to Ecstasy in 1989, and then winning it with 2003’s Kill-site.  As the award jury noted at the time, “Lilburn has dug down to a speech which is like ‘unbearable nudity.’ Everything comes together here: immensity of canvas, ambition of language and line.”

Read more about Lilburn’s reaction to his award in this Times Colonist article. 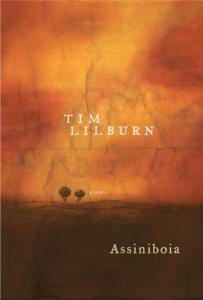 His most recent book of poetry is Assiniboia (2012)—which you can hear him read a poem from by clicking here.

“I was lucky enough as a poet to grow up in a time of literary resurgence,” says Lilburn. “I’m talking about the great wave in Can Lit that began to build in the late ’60s and rode right through to the late ’90s . . . it seemed at the time that literature was helping to define the national identity. You see a similar thing going on in the literatures of other countries at around the same time—in Nigeria, say, with writers like Achebe, Soyinka and Okigbo. A similar phenomenon occurred in China a few years after the death of Mao.”

When asked about finding inspiration in nature, in the Canada landscape and in a greater sense of our place in the universe, Lilburn is characteristically philosophical. “I think place is a version of one’s larger body: where you live shapes you physically, psychically and spiritually,” he says. “It certainly affects how you write. I think that if you live in a colonial mindset you tend to forget about this link, and as a result, you forget about an important part of yourself.”

This year’s new Fellows will be inducted to the academies of the RSC during the Induction and Awards Ceremony on November 22 at Fairmont Le Château Frontenac in Quebec City.

A total of 66 UVic scholars, scientists and artists—including current, former and adjunct faculty members—are fellows of the Royal Society of Canada.

Founded in 1882, the Royal Society of Canada comprises the Academies of Arts, Humanities and Sciences of Canada. Its mission is to recognize scholarly, research and artistic excellence, to advise governments and organizations, and to promote a culture of knowledge and innovation in Canada and with other national academies around the world.