At some point in all of our lives, we all encounter a teacher who has a huge influence on us—could be the person in elementary school who first introduced us to art, the one in middle school who gave us our first instrument to play, or that unforgettable high school teacher who said yes, you really can make a living as an actor. For many, however, it isn’t until university the distinction between teacher and mentor is fully realized, with that one pivotal prof who opens the door to a wider world and helps us find our place in it. Longtime and much-loved Faculty of Fine Arts instructor Brian Hendricks was just such a teacher, and it is with heavy heart that we acknowledge his passing on August 11 at the age of 57. 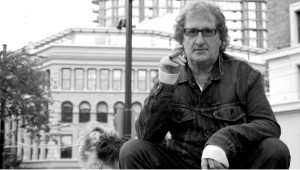 The late Brian Hendricks, in a clip from The Beauty of Certainty

A graduate of UVic’s Creative Writing program himself (he won the Petch Prize on his graduation with a BA in 1979), Brian taught at UVic as a Continuing Sessional from 1992 to 2011 for not only the Department of Writing and the Faculty of Fine Arts but also the Department of Germanic & Slavic Studies. His “signature” class was Writing 412 (one Writing staffer noted it was, “absolutely his class”), which offered a rotating looking at different film topics each semester—like Film on the Future or The Mythology of Hollywood—plus influential directors like Alfred Hitchcock and David Lynch. One of his most popular courses was Film on the Mythological Journey, which was based on the archetypal work of Joseph Campbell. 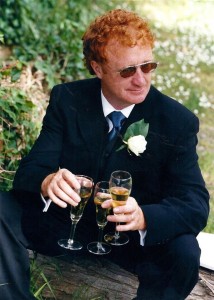 As was noted by Brick Blair on Brian’s own Facebook page where his passing was announced, “Hendricks taught 12,000 students in over 180 courses and 2,000 classes. He marked 20,000 essays, oversaw 100 film festivals, and watched 5,000 other short films and assignments from his students. I was one of those students. He changed the course of my life. He became a friend, and then a brother. He was me, a decade ahead. And now he is gone. The deafening finality of that is ridiculous. I’ve done a little to try to show other people who Brian was, but Brian left himself in each of those 12,000 students. You know who you are are.”

That’s typical of the kind of praise and memories Brian engendered in his students. Do take the time to visit this page to read some of the memories and see some of the pictures that are being posted.

“Hundreds of former students have posted notes of appreciation online for the beloved curly-haired redhead whose passion for philosophy and cinema was matched by his enthusiasm for golf, hockey, photography, skiing, barroom banter and Sophie, his cherished shih-tzu,” wrote Michael Reid of the local Times Colonist newspaper in this memorial piece published on August 15. 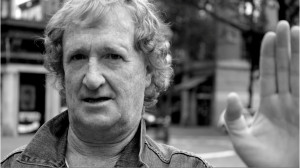 Brian had been battling cancer, which was—not surprisingly, given his cinematic passion—being documented on the website The Beauty of Certainty. “I went out to the backyard and took a deep breath and felt this ridiculous sense of peace that I hadn’t felt since I was a child,” he wrote on the site. “From this moment forward, all I had to accomplish out of the seven hundred things that typically come into my mind every day is stay alive. Of course that feeling is illusive. You can’t stay in that zone forever. But, it gave me a sense of being present that does stay with me everyday. And I realized that I was well-armed for this. I had written about the beauty of uncertainty, about how it prepares us to face life in the face of death. I had written about Carl Jung and his statement that most people spend the first half of their lives afraid to live and the second half of their lives afraid to die.”

“Brian was one of the friendliest and most upbeat people you’d ever meet,” says longtime Writing department colleague Bill Gaston. “His students loved him, and many remained his friends. Like so many Canadian artists, he was also a regular guy. We’d bump into each other and talk hockey, beer, and our kids. Then guffaw about some weird Polish film we’d both seen. Here at UVic his presence is greatly missed.”

“Brian had a generous spirit with his students and always maintained an innocent exuberance about creativity, his own and others’,” agrees Lynne Van Luven, Acting Dean of Fine Arts and another longtime departmental colleague. 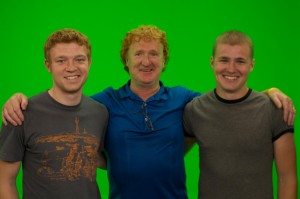 Brian with Dallas and Dylan Hendricks

News of Brian’s passing coincided with the death of Robin Williams, prompting this article by former student Feet Banks on the Whistler Pique website. “Another film legend left us this week, albeit a much lesser known one,” writes Banks. “University of Victoria writing and film professor Brian Hendricks succumbed to cancer after a remarkable career . . . A film theory master who lectured on everything from pre-Perestroika Russian cinema to the cultural genius of the Coen Brothers, Hendricks was also an early champion of digital filmmaking.” Among his former students, Banks notes, are the likes of “Dave Mossop and the masterful crew at Sherpas Cinema, gonzo journalist Mikey Nixon, and Shawn Dogimont—the Whistler kid who started the internationally acclaimed Hobo Magazine under Brian’s mentorship.” (In 2002, Brian was appointed Senior Editor of Hobo, a Vancouver-based travel, culture, and literary publication.)

Banks continues: “Other students from his classes created their own publishing houses or wrote novels that got shortlisted for the Governor General’s Award for Fiction. And that was the thing about Brian Hendricks — he explained the fundamentals and helped sharpen the tools, but his greatest lesson was always ‘Follow your Bliss.’ He will be missed, remembered and championed for years by all who knew him but his legacy lives on and continues to create masterpieces.”

Brian wrote many scripts for film, television and corporate, businesses, as well as government videos. He worked as a freelance screenwriter, script consultant and editor, film judge, and critic. 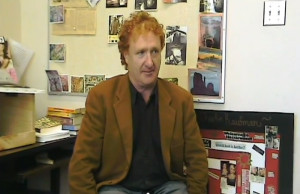 A familiar scene for former students: Brian in his creativity-crammed office

You can get a sense of his style in this video posted by former student Sally Jane Davidson. Titled “A Lesson in Following Your Bliss,” it features interviews with Brian, many students and some great footage from one of his classes.

Brian, you will be missed but your legacy will continue to inspire former students and colleagues alike.