“History in Art” soon to be history

“[The name] History in Art is unique—there is no other department in the world with that name,” explains department chair Catherine Harding. “[Department founder Alan Gowans] wanted to signal that we were not about the elite practice of art, but it’s honestly been the bane of our existence. People hear the name and they ask, ‘What’s that? Is it some different branch of history or art history?’” 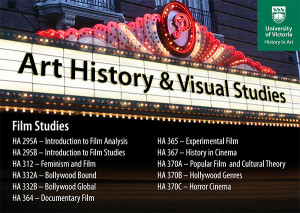 Shifting to “Art History and Visual Studies” isn’t just about making fewer explanations, however; Harding says it’s also about being more inclusive within the department itself. “We’ve had people teaching with us for years who are film historians, not really art historians, and they’ve always felt like a bit of a sidecar.”

A new name also provides the opportunity for curriculum revision. “Instead of being focused on geographies and chronologies, we’re now going to have three streams: visual literacy, including all the film courses; intercultural/cultural understanding; and our experiential community base. We’re retooling what we offer, and the name change will be huge for that.”

Harding points to the recent brouhaha when US president Barack Obama took an offhand swipe at art history: “Folks can make a lot more potentially with skilled manufacturing or the trades than they might with an art history degree”—a remark for which he later apologized. (“As it so happens, art history was one of my favorite subjects in high school.”) 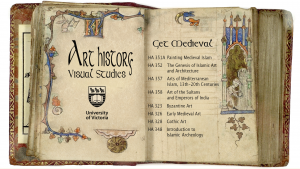 Now that all the planning and paperwork is completed, Harding is looking forward to their new designation. “It still has to go through Senate, but the signs are that everyone really supports it,” she says. “But it probably won’t show up until next year’s calendar—let’s say September 2015 to do all the administrative changes.”