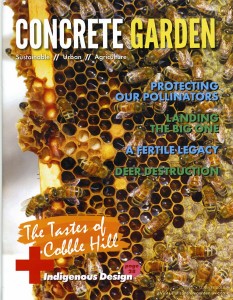 The latest issue, on sale now!

If you’re like many of the Garden City’s residents, you’ll be spending part of your summer getting your hands dirty. But whether you have a backyard garden, community plot or simply grown tomatoes on your balcony—or are part of one of the more serious urban agricultural projects like the Mason Street City Farm, City Harvest Co-op, Lifecycles Project Society or the Compost Education Centre—Concrete Garden is the magazine for you.

Now heading into its third issue, Concrete Garden originally began as a project in the Department of Writing’s Magazine Publishing class but has since evolved into an actual hard copy magazine that’s now for sale around the city.

“Concrete Garden is a magazine that focuses on how an urban population is feeding itself,” says editor Kimberley Veness. “That’s everything from growing your own food in a planter box to learning about city problems like the current food composting issue.” 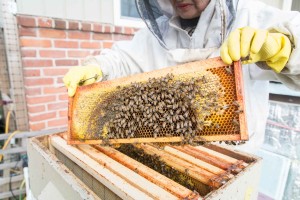 “We’re also interested in the ‘culture’ aspect of agriculture—architecture, green businesses, the political structures that make us need to feed ourselves and create a better system—because you can’t have community gardening without community,” says senior editor Quinn MacDonald. “We want to engage younger people, young families who are worried about sustainable agriculture. It’s a best-solution oriented magazine too.”

With two issues already under their belt, 500 copies of the latest issue are due to come out near the end of July. A sneak-peek at their story list reveals features on urban beekeeping, land-based salmon farming, the Pedal to Pettle composting company and the problems with urban deer.

Both Veness and MacDonald are enthusiastic about the magazine’s future. “It’s had such a good reception,” says MacDonald. “We already have people watching for the next issue. And instead of just students, we now have a few professionals working with us.” 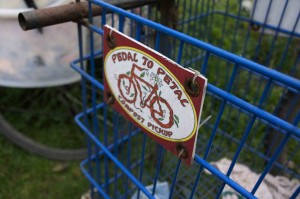 Do you know where your compost goes? (photo: Hugo Wong)

“It’s really nice to see it expand beyond the university,” says Veness. “We don’t just want it to be a student publication. We want good writing, whether that’s good student writers who we can help grow or people on more of a community engagement level.”

Concrete Garden was showcased during this spring during UVic’s IdeaFest, where they presented as part of the “So You Want To Launch A Magazine” panel alongside other UVic-created publications like The Warren, This Side of West, Plenitude and the online Coastal Spectator. Right now, Veness is focused on the magazine’s business plan. “We’re looking at getting long-term funding so we can focus on the magazine and not on the business side of things,” she says.

With that in mind, Veness just completed a fellowship at UVic’s Centre for Cooperative and Community-Based Economy. “I was looking at the transformative effects of modern print media, specifically magazines, and how they influence communities. Ideally, I’d like Concrete Garden to be a catalyst, a system-changer.” 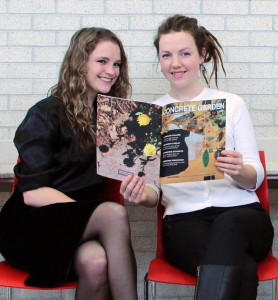 As part of her fellowship, Veness interviewed professional magazine editors locally and in Vancouver about the recent changes in the print industry. “But what are doing well are the niche magazines that focus on one thing and are hyper-local in their content” she says. “That really brings people together and creates a community. That’s good for advertisers and good for content.”

And good for Concrete Garden, of course.

“We distributed more than 400 copies of the last issue all over the place—mostly downtown, but also up in Mill Bay and out in Sooke—so the demand is there. The Compost Education Centre in Fernwood took a stack of copies, and Swan’s even put them in their rooms for their guests,” says Veness.

“We’ve always been really focused and our aesthetic quality has always been really high,” says MacDonald. “That’s been important to us since the beginning. Our audience are the people who are out there in the community, the ones with green thumbs who want to talk about these kind of things.”