It’s been a busy spring for new Writing MFA Connor Gaston—who certainly hasn’t waited until graduation to start making a name for himself. 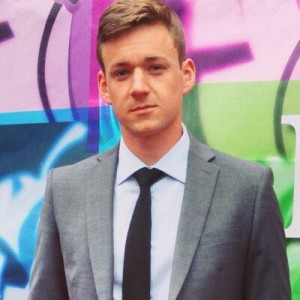 The talented director-on-the-rise has been touring film festivals with ‘Til Death—the latest short film to emerge from Writing professor Maureen Bradley‘s Writing 420 film production class, for which she was also Executive Producer—which recently beat out all the big American universities to win “Best College Short” at the 2014 Phoenix Film Festival in April. That makes four prizes so far for ’Til Death, which continues to attract attention wherever it screens.

In fact, Gaston is off to the Cannes Film Festival in May with ‘Til Death, where it will be screening as part of Telefilm Canada’s annual Not Short on Talent short film presentation. For those keeping track, this is two years in a row that Writing alumni have been represented at the Telefilm pavilion: last year, it was Daniel Hogg and Jeremy Lutter were on the red carpet with their short film, Floodplain—based on a short story by fellow Writing grad D.W. Wilson. (Floodplain will also be screening in June at the Niagara Integrated Film Festival as part of the “Canada’s Not Short on Talent” Cannes short film compilation, as selected by renowned Cannes programmer Danny Lennon—the only BC film being shown.) 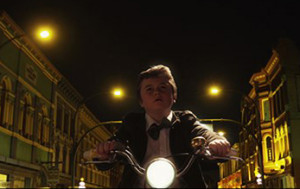 A scene from ‘Til Death

But it doesn’t stop there—‘Til Death was also recently nominated for a Leo Award, which honour the best in British Columbia film and television production. This is the second Leo nomination for a Writing 420 project: the campus-created 10-part series Freshman’s Wharf won Best Web Series back in 2010. This year’s nomination is for Best Student Project.

Finally, and perhaps most excitingly, Connor Gaston’s feature film project The Devout is a finalist for Telefilm Canada 2014-2015 Micro-Budget Production Program. Gaston’s The Devout was selected by local independent film society CineVic for recommendation to the program, alongside—surprise!—Jeremy Lutter, who also successfully applied through the National Screen Institute. (In fact, the only two selections from British Columbia are Lutter and Gaston, both Victoria-based CineVic member directors!)

The Micro-Budget Production Program supports new filmmakers seeking to produce their first feature-length films, with an emphasis on the use of digital platforms for distribution and marketing. Candidates for this year’s program were recommended to Telefilm through a network of 32 institutional partners from the film education and training community across Canada.

Both Gaston and Lutter screened work at CineVic’s Short Circuit event in early May, an annual celebration of Pacific Northwest Short Film.