When it comes to advanced academic work, few would expect to spend five minutes examining a graduate student’s work in biochemistry, neuroscience or mechanical engineering and really “get it.” Yet the same rules don’t seem to apply to Visual Arts, where people are often quick to dismiss an MFA student’s work simply because they don’t immediately understand, or appreciate, it. 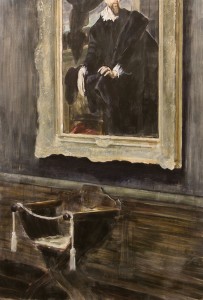 Just ask Paul Walde. A professor of painting and media practices in the Department of Visual Arts, Walde is the graduate advisor for UVic’s 11 Visual Arts MFA students. He’s also a very busy intermedia artist on the leading edge of contemporary practice, so he knows well of what he speaks. “If you walk into a play or open a book and just spend five minutes with it, you’re probably not going to have a good sense of what the total accomplishment is,” he says. “That’s the same with visual arts—you have to spend some time with the work, maybe do a little reading around it . . . sometimes the content of the art is such that a level of understanding will have to preface it in some way.”

The MFA exhibit, titled In Your Eyes,will feature work by six graduating MFA candidates: Megan Dyck, Ethan Lester, Neil McClelland, Kaitlynn McQueston, Carley Smith and Jeroen Witvliet. “It’s really like six solo exhibitions,” says Walde. “Six people are taking over the entire facility, and some take up three or four rooms. The amount of work they produce is staggering; you’ll only be seeing a fraction of what they’ve produced in the past two years.” 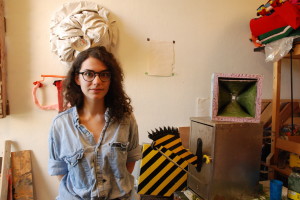 Kaitlynn McQueston, who did her BFA at York University, was attracted by the independent studio focus of the MFA program. “I love the idea of a program that focuses more on practice-based research,” she says. “Graduate students have a little more control over what you read and research . . . most programs are just partial studio, and you spend a lot of time writing papers. This is more independent.”

McQueston describes her own practice as being “site-specific work focusing on the outdoors and architecture . . . I like the idea of artwork that tries to blend into the urban landscape and invites you to touch it in an informal but tangible way. I like breaking down those institutional barriers and engaging the public with art, as well as the landscape.” (In addition to the work on display in the MFA exhibit, McQueston is currently negotiating with local municipalities to install some pieces in public spaces.) 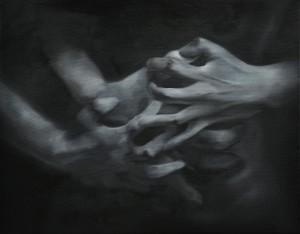 An example of Jeroen Witvliet’s work

Artists like McQueston, who have fresh approaches and new ideas, are exactly who the MFA program wants to attract. “We’re looking for artists who want to engage with contemporary art dialogue in an environment that really promotes independently driven, rigorous studio investigation in the service of research creation,” says Walde. “It’s definitely a successful program given its size; I shouldn’t be shocked but it’s always surprising—or affirming—when our former students receive awards or gain the recognition they so rightly deserve.” (Case in point: Visual Arts alumnus Kim Adams, who was recently awarded the 2014 Governor General’s Award for Visual & Media Arts.) 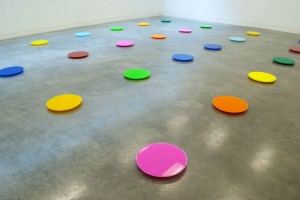 One of Carley Smith’s pieces

But while a perpetual sense of misunderstanding seems to be go hand-in-hand with being a contemporary artist, Walde doesn’t let it rankle him. “Most artists generally don’t want to confound audiences; they’re trying to convey messages in ways that are comprehendible in some form,” he explains. “But people expect it to work like advertising. With advertising, you’re driving by a billboard and you instantly get it, then it’s gone—whereas a good work of art will hopefully engage you and linger longer, more along the lines of a good novel or a good play.” 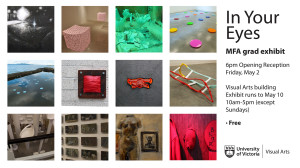 “With all the works in this exhibition, there are lots of opportunities for people to bring their own experiences and histories to bear upon the things that they’re seeing,” he says. “Most artists would agree that whatever you walk away with—whatever experiences you have—are valid interpretations of the art.”

In Your Eyes runs May 2-10 throughout the Visual Arts building. The opening night reception is from 6-9 p.m. on Friday, May 2, with opening remarks beginning at 7 p.m.