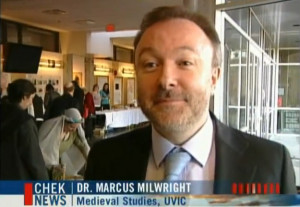 It’s not a time machine per se, but it just might be the next best thing when it comes to art history. The 34th annual Canadian Conference of Medieval Art Historians runs March 7 and 8 right here at UVic, and features a fascinating lineup of speakers and presentations (a full list of which can be found below).

Amidst the faculty and graduate students coming in from universities across Canada, our own History in Art department is well-represented at the CCMAH, including presentations by Evanthia Baboula, Catherine Harding, Marcus Milwright, Erica Dodd and Lesley Jessop, as well as representatives from other UVic departments.

(Relevant sidenote: Marcus Milwright is also presenting a separate talk this week, titled “The Crafts of Damascus at the Dawn of the Modern Age.” Milwright will be looking at how the Syrian capital achieved fame since the medieval period as a centre of craft excellence, particularly in media such as inlaid metalwork, glazed ceramics, enameled glass and decorative woodwork. These crafts survived into the 19th century, but many were adversely affected by competition with industrially manufactured goods coming from the factories of Europe. Milwright uses evidence from an Arabic dictionary of Damascene crafts assembled between 1890 and 1908 to demonstrate the interdependent nature of the 400 crafts operating in and around the city. 7:30-9:30pm Thursday, March 6, in the University Centre Senate Chambers.) 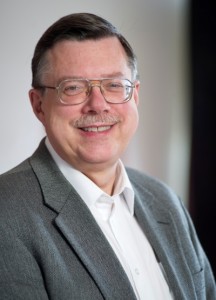 Keynote speakers for the CCMAH include Joe Polzer, associate fellow with UVic’s Centre for Studies in Religion & Society, and Dr. John Osborne. Currently dean of Carleton University’s Faculty of Arts & Social Sciences, as well as a professor of Art History, Osborne is particularly notable for his time as a professor of medieval art in our own History in Art department, as well as being the co-founder (alongside John Tucker) of UVic’s Medieval Studies program.

While there doesn’t seem to be an active link to any wesbite for the 2014 conference, click here to read more about past conferences. The Canadian Conference of Medieval Art Historians runs Friday, March 7, in UVic’s  Arbutus/Queenswood Room and Saturday, March 8 in room 103 of the Fine Arts building.

Here’s the complete list of speakers and their presentations: