Who says you’re never too old to compete in the Olympics? Just ask John Copley—he was 73 when he won a Silver Medal in the 1948 London Olympics. A septugenarian shotputter, perhaps? A sailor still in his prime? Nope—Copley won Silver for art in the “Mixed Paintings, Engraving and Etchings” category. 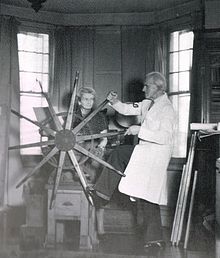 As CBC Radio’s Under the Influence marketing show host Terry O’Reilly notes in his latest entertaining episode, “Marketing the Olympics”, art was included as a competitive category in the Olympic Games between 1912 and 1948. Modern Olympics founder Pierre de Courbertin wanted Olympic athletes to compete in both body and mind, so the Olympics included medal categories for literature, music, painting, sculpture and architecture.

Each piece of art had to have a sport theme (Copley picked up the Silver for his painting “Polo Players”) and, by 1928, Olympic officials were judging over a thousand entries in Painting and Sculpture alone. No big surprise, considering the artists didn’t have to create new works under the gun, they simply had to enter previously unseen works.

See a complete list of all previous winners here. Music, Literature and Painting are each subdivided into four categories, Sculpture three and Architecture two—who knew you could once win a medal for designing a ski jump, pool or stadium? 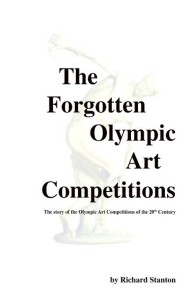 According to the Smithsonian.com article “When the Olympics Gave Out Medals for Art”, Olympic judges handed over 151 arts-focused medals over the years . . . not that anyone really remembers. As Richard Stanton, author of The Forgotten Olympic Art Competitions, told Smithsonian.com writer Joseph Stromberg, “Everyone that I’ve ever spoken to about it has been surprised. I first found out about it reading a history book, when I came across a little comment about Olympic art competitions, and I just said, ‘what competitions?’”

When he was rebooting the Olympics, de Courbertin was adamant that the arts be included in the modern Olympics. “There is only one difference between our Olympiads and plain sporting championships,” Stanton quotes de Courbetin as saying, “and it is precisely the contests of art as they existed in the Olympiads of Ancient Greece, where sport exhibitions walked in equality with artistic exhibitions.”

Yet despite de Courbetin’s efforts, the artistic side of the Olympics remained a quirky sidenote to greater Olympic glory. As the Smithsonian’s Stromberg notes, categories were fractured, medals were inconsistent and prominent artists never really entered. It all ended in 1952, and the artistic medals were officially struck from the Olympic record. 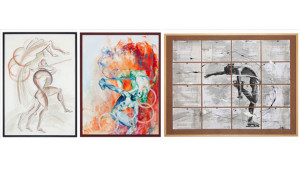 The news isn’t all bad, however—for the past decade the International Olympic Committee has held an official “Sport and Art Contest” on the build-up to the Summer Games. No medals, alas, but there is a cash prize for three winners in each category (sculptures and graphic works), and the winning pieces are displayed in conjunction with the Summer Games. Winners of the 2012 prize in graphic works—selected from 86 entries—include (from left) “In Cerca Dell’ Armonia” by Italy’s Volha Piashko (mixed media, collage) in first, “Excellence Rising” by Romania’s Luisa Balaban (paper, ink, watercolour, pastel) in second, and “Hope” by Portugal’s Isabel de Cunha Lima (acrylic on canvas) in third. 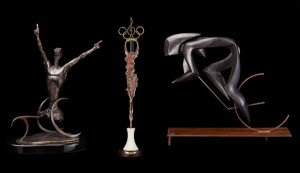 Interested in participating in the upcoming 2016 Summer Games in Rio de Janeiro? Entries are welcome from any country with a participating National Olympic Committee. Check out the 2012 entry form here.

It’s hard to think of a more deserving person to be named Distinguished Alumni than Michael Whitfield. Not only is Whitfield (BA, 1967) a veteran lighting designer with an enviable career illuminating professional stages across North America, but he literally got in on the ground floor of UVic’s Theatre department back in the early ‘60s. 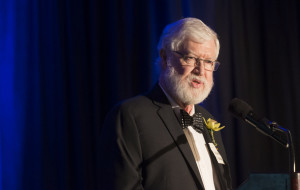 “I started in Sciences in the fall of ‘62, and you were supposed to take an elective in arts,” Whitfield recalls. His mother, who was then working as a stenographer in UVic’s English department, mentioned that a new theatre course was being developed. “So I took the course and got hooked. It was like a smorgasbord of everything to do with theatre—including painting the floor,” he says with a chuckle. “I abandoned the whole Science program and switched over to arts.”

Whitfield quickly began to shine as the primary lighting design student because, as he puts it, “I could plug two lights together without blowing the place up—I think it was because of my science background.” 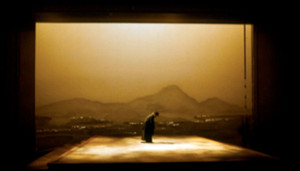 Now an internationally acclaimed lighting designer with over four decades at the likes of the Stratford Festival, Shaw Festival, Canadian Opera Company  and San Diego Opera under his belt, Whitfield has also taught at the likes of the National Theatre School, York University, the University of Windsor, the University of Illinois and Carnegie Mellon University Pittsburgh. Now he’s back here at UVic, where he has been a sessional instructor with the Department of Theatre for a number of years.

Given his extensive background, Whitfield is clearly one of Canada’s most versatile and experienced lighting designers, and says he feels honoured to be named a Distinguished Alumni for the Faculty of Fine Arts.

“It’s a wonderful sense of coming full circle,” he says. “Thinking back on it, it was an amazing time on campus at the point I was in the program. In a strange way, had it not been that kind of flying-by-the-seat of your pants period, I probably would’ve chosen a different path—but the chemistry of that time was ideal for the things I liked to do. It was all about the highly inventive use of whatever you had.” 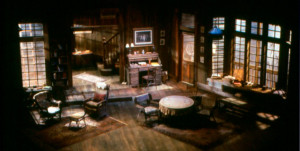 That inventive perspective has fuelled Whitfield’s career, both at Stratford—where, for over 25 years, he was Resident Lighting Designer for over 100 productions on Stratford’s three stages, as well as acting as consultant on major upgrades to the lighting rigs for the two lead theatres—and as a freelancer.

“It’s really been a fascinating career,” he says. “I’m lucky because a lot of people get into a job and think they’re set, only to have it end and wonder where they go next—but that was my entire career as a freelancer, moving from one production and one theatre to another. And that goes right back to my time at UVic—it was that whole seat-of-your-pants thing. It wasn’t always a case of a lot of planning, it was just getting things done.”

Among the hundreds of shows he’s lit, one memory still makes him chuckle—lighting Keanu Reeves in the lead role for the famed 1995 production of The Tragedy of Hamlet, Prince of Denmark at Winnipeg’s Manitoba Theatre Centre . . . mounted just six months after Speed thrust Reeves to the top of the Hollywood A-list. 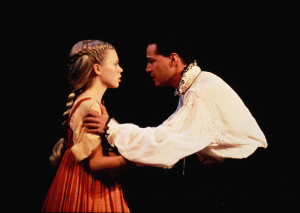 “He was extremely athletic and did a really great job,” he recalls. “The sword fights were some of the best I’ve ever seen on stage. And you could have heard a pin drop during the shows—the kids were hanging on his every word.”

But it isn’t the memory of Reeves’ performance that makes him laugh; it was the fact that they had a complete lighting failure days before the production opened. “On the break between the tech rehearsal and the first dress rehearsal, the lighting board literally collapsed; everything disappeared,” he recalls. “And we still had to get that show open in three days. It was one of those best-laid-plans situations—but you couldn’t just say, ‘Oh well, it’s not going to work.’ You had to find a solution.”

Now that he’s retired and back teaching as a sessional at UVic, how does he feel about how the Theatre department has developed? “Considering it began with one course, it has now become a well-established program covering a wide range of topics,” he says. “There aren’t many places that offer the diversity of spaces that the Phoenix has—a thrust stage, a proscenium stage, and a black box. I think that’s one of the attractions . . . . the building itself is a little gem. I’ve ranged fairly widely over the theatre training world, and haven’t seen its equal.” 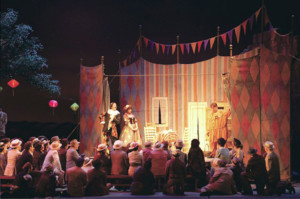 Considering the vast advances in stage technology that have occurred during his career (computerized lighting boards, the introduction of moving and LED lights, for example), what’s the key to successful lighting instruction? “I try to stress the fact that it’s your imagination that makes the difference,” he says. “You have to be able visualize something in order to accomplish it. Sure, it’s easier to do in a well-developed theatre complex like we have here, but you’re going to get out there, be given 15 lamps and told that you’re going to light Pericles—so you better have your imagination cranked up.” 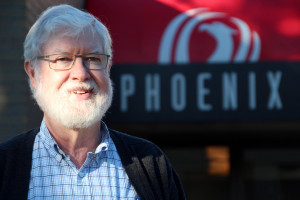 Whitfield back where it all began

Whitfield pauses, and offers one of his beaming Santa Claus smiles. “There are no answers, there’s no magic bullet,” he says. “You have to find solutions by thinking on your feet—that’s what’s going to help you work in the theatre, not necessarily a highly developed skill set.”