Congratulations to Department of Theatre associate professor Jennifer Wise for winning The Canadian Jewish Playwriting Competition for her 2013 play The Girl Rabbi of the Golden West. 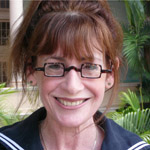 Based on a true story, Wise’s Girl Rabbi explores the experience of Ray Frank, a young woman was hired to serve as the leader of Victoria’s then-orthodox synagogue Congregation Emanu-El throughout the High Holidays in 1895. Not only did Frank, a California native, make women’s history with this event but she also made world religious history as a female salaried rabbi. As the story goes, “three decades after British Columbia’s gold-rush-era pioneers laid the cornerstone of what is today the oldest place of continuous Jewish worship in Canada, a group of exceptional congregants brought an exceptional woman to their community against all odds. None of them would ever be the same.”

The Girl Rabbi of the Golden West was originally performed on April 10 & 11, 2013, as part of Congregation Emanu-El’s 150th anniversary celebrations. Read more about Girl Rabbi in this Ring article.

“I researched the events thoroughly,” Wise told Vancouver’s Jewish Independent newspaper in this article from May 2013. “The story of Ray Frank’s two weeks in Victoria turned out to be even more amazing than I could have guessed. She had a lasting positive impact on the community, and the country . . . . Her achievements, therefore, helped to make the idea of a female rabbi thinkable. She was a major pioneer in advancing women’s rights within Judaism – and it’s just amazing to realize that she did much of her trail-blazing right here in Victoria.”

No strange to award nominations, Wise‘s first book— Dionysus Writes (Cornell 1998)—was nominated for two book awards in the U.S., and her Broadview Anthology of Drama is a widely adopted textbook. Her translation of Brecht’s The Resistible Rise of Arturo Ui (Methuen 2013)—staged here at Phoenix, at York University and at the Great Hall Black Box in Toronto in 2013—was selected by Brecht’s heirs as the first new English version of this play in almost 40 years. Wise’s translation of Aristophanes’ Frogs, created for the Phoenix in 2000, was also produced at the University of Denver in 2004; The Moons of Jupiter, her play about Galileo’s children written for the International Year of Astronomy (2009), was a finalist in the Herman Voaden National Playwriting Competition in 2011; and her articles have appeared in such venues as Theatre Research International, Theatre Survey, Reader’s Digest, and Arethusa. 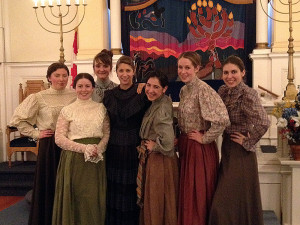 Wise picks up a cash prize of $1,000, plus a professional Between Stages one-day workshop at Toronto’s Miles Nadal Jewish Community Centre—directed by original Girl Rabbi director Liza Balkan—in the fall of 2014, followed by an informal public reading with feed-back from the audience. Past CJPC winners have gone on to appear at Vancouver’s Chutzpah! Festival and have full productions at The Winnipeg Jewish Theatre Company.

Awarded annually by the Toronto Jewish Theatre Committee, the Canadian Jewish Playwriting Competition was founded in 1989. The present jury consists of eight members of the MNjcc community who are also theatre professionals in some capacity in Toronto. Up to 20 plays are submitted for the CJPC from six Canadian provinces, the United States and Israel each year. This is the first time the prize has been won by a Victoria playwright.