Phoenix Theatre picked up a pair of wins in the 13th annual local Critic’s Choice Spotlight Awards. Celebrating excellence in local theatre, Phoenix is no stranger to the Spotlights—they’ve frequently won in the past—and this year is no exception, with current students, faculty and alumni all sharing nominations.

Chosen by critics for CBC Radio’s On The Island, CVV Magazine and The Marble (alas, the Times Colonist chose to not participate this year), these shows stand as proof of the continuing vibrancy of Victoria’s theatrical community—and Phoenix’s place in it. Congratulations to all, nominees and winners alike! 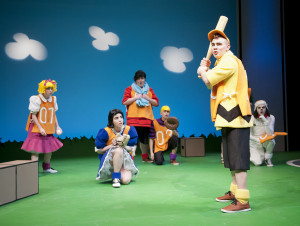 The Peanuts gang have now picked up a pair of Critic’s Choice Awards (photo: David Lowes)

Last spring’s production of You’re a Good Man Charlie Brown was the big winner for Phoenix this year, picking up the awards for both Musical Production and Performance in a Community Production Ensemble. (While the “performance” category typically chooses a single performer, the judges admitted that the Charlie Brown cast was so strong overall that they simply couldn’t narrow it down to a single person—high praise indeed for this show directed by Theatre prof Fran Gebhard!) 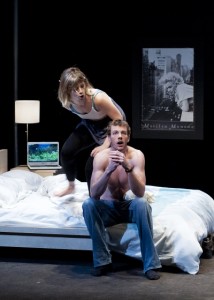 Fourth-year student Marisa Nielsen was nominated for Performance in a Community Production for her dynamic work in Phoenix’s February 2013 production of Reasons To Be Pretty (which CVV Magazine reviewer Erin Anderson described at the time as “an affecting, sharp performance . . . balancing intense emotion with intelligent convictions”). And interestingly, Nielsen’s Reasons co-star Robin Gadsby was also nominated this year, but not for his acting—instead, he picked up a Best New Play nomination for his show Judgement Day.

Three-time Phoenix alum and current sessional instructor Clayton Jevne was nominated in the Direction category for The Golden Dragon at his own Theatre Inconnu, which was also twice nominated—alongside You’re A Good Man Charlie Brown—in the Overall Production (Community) category, for The Golden Dragon and In the Next Room . . . which also won. Just as a quick recap, out of four shows nominated in that single category, three had Phoenix connections, including the winner—proving once again how vital our Department of Theatre is to the greater arts community. 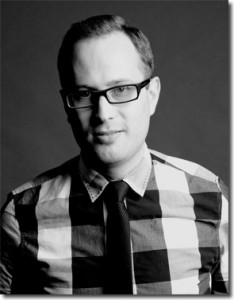 Phoenix alum Patrick Du Wors won the set design category for My Fair Lady, which was mounted this past summer by Blue Bridge Repertory Theatre—run by Department of Theatre professor Brian Richmond. Du Wors was also nominated in the Costume Design category, alongside Shayna Ward & Allyson Leet for their work on last spring’s Phoenix production of You’re A Good Man Charlie Brown. Department of Theatre professor emeritus and former chair Giles Hogya also picked up a Lighting Design nomination for his work on Blue Bridge’s Uncle Vanya, and alum Mike Rinaldi was nominated in Sound Design for his work on the Belfry’s production of Helen’s Necklace. (It’s clearly been a good year for Rinaldi, whose earlier play Toothpaste & Cigars—co-written with alumnus TJ Dawe—made into the feature film  The F Word, starring Daniel Radcliffe of Harry Potter fame!)

Will Weigler showing the labyrinthine set for From The Heart (photo: Times Colonist)

Phoenix alumnus and former instructor Will Weigler, along with Krystal Cook, picked up a win in the Best New Play category for his complex co-production From the Heart: Enter into the Journey of Reconciliation. Granted, while Weigler & Cook are credited as co-creators, we acknowledge there were many others involved in the creation of this challenging production, including the Victoria International Development Education Association and the Inter-Cultural Association of Greater Victoria, and based on UVic PhD Paulette Regan’s bestselling 2011 book, Unsettling the Settler Within. (As local critic and UVic professor Monica Prendergast noted, “Weigler worked at superhuman levels to bring this community-based theatre production to fruition, and it had powerful effects on many audience members who took it in . . . . New Canadians should encounter and come to terms with the history of their new homeland, and theatre can be an effective way to do so.”) 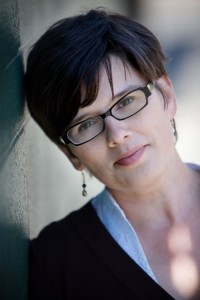 And while it didn’t win, Brian Richmond‘s Blue Bridge production of My Fair Lady was nominated in the Overall Production (Professional) category. Finally, Intrepid Theatre artistic director and Phoenix alumna Janet Munsil‘s UNO Festival had three shows nominated in the new Best of the Fests category—Huff, Mike Daisey’s American Utopias, and Till Death: The Six Wives of Henry the Vlll, with Huff winning the category. True, none of the nominees were her own shows (despite the fact that Munsil is an acclaimed playwright), but their selection does speak to her accomplishments as artistic director; Intrepid continuously programs some of the most dynamic and progressive contemporary theatre productions into their various festivals.

Listen to the CBC On The Island broadcast of the winners list on this podcast, and glean some insights into the winners and nominees courtesy of CBC theatre critic Monica Prendergast on her blog post about this year’s awards.