Fine Arts staffer and busy local filmmaker Dan Hogg—together with fellow UVic Writing grads Jeremy Lutter and Ben Rollo (the team behind 2011’s charming short Joanna Makes A Friend)—have been announced as one of the three latest recipients of the Harold Greenberg Fund’s Shorts-to-Features program. Their latest short film is called Gord’s Brother, which Hogg will produce, with Rollo writing and Lutter directing. 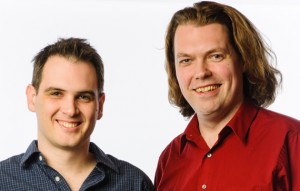 Hogg (NSI Drama Prize and Movie Central Script to Screen winner) and Lutter (NSI Drama Prize winner) most recently collaborated on the short film Floodplain, based on a short story by fellow Writing grad and rising novelist D.W. Wilson. Like Joanna before it (penned by Movie Central Script to Screen winner Rollo), Floodplain was also screened at the Cannes Film Festival.

As reported by local Times Colonist film writer Michael D. Reid, the trio have received $30,000 in funding and a broadcast commitment to air Gord’s Brother on The Movie Network and Movie Central premium pay television networks. Also in the works is an additional $10,000 commitment to develop the shorts into potential features. Hogg, Lutter and Rollo are one of three winning teams in the NSI’s Shorts-to-Features program, which is designed to encourage rising Canadian filmmakers. 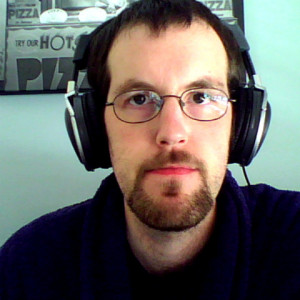 Gord’s Brother is described as a “10-minute fantasy” in which “the protagonist discovers his baby brother is a monster, forcing him to visit the City of Monsters, where lessons are learned.” Gord’s Brother is also already shortlisted in the Hot Shot Shorts contest, sponsored by Vancouver’s Celluloid Social Club, as one of five finalists to pitch for a prize of $10,000 and in-kind services.

And in other associated news, Rollo is currently writing the screenplay for a feature-length version of Joanna Makes a Friend. Meanwhile, Hogg continues to develop and write his Movie Central Script-to-Screen development program winning creature feature, Rip My Heart Out.

Hogg is also the current president of the board of directors for CineVic, the longstanding local artist-run cooperative dedicated to “facilitating the expression of unique, innovative voices in the ever-evolving language of film.” And CineVic will be screening the winners of their annual Reel-to-Reel Music+Film Challenge at the Vic Theatre at 7:30pm Sunday, September 8—which includes a short film set to the music of “In This Light,” a piece by School of Music staffer Kristy Farkas.