Recent School of Music graduate Robert Hansler has been announced as the co-winner of the Canadian University Music Society’s annual Student Composer Competition for his piece “Broken Branch.” Hansler, who received his Master’s degree in composition in June, studied with the likes of Christopher Butterfield, Dániel Péter Biró and John Celona, and his works have been performed in Canada, the US, and Italy, with upcoming performances in Germany and North America. He shares this year’s prize with Brazilian composer and University of Alberta Master’s student André Mestre. 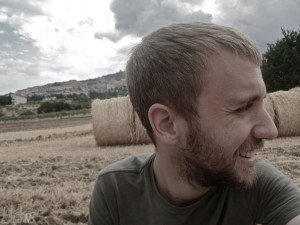 “It’s certainly an honour and very encouraging to be awarded this prize and I was also thrilled that my friend André Mestre was my co-winner,” says Hansler. “I really can’t say enough good things about UVic’s program and the faculty. All three faculty members—Dániel Biró, John Celona and Christopher Butterfield—are absolutely committed to teaching and raising a new generation of thoughtful and creative composers. At the time I wrote the flute piece, I was working with John Celona, and his guidance was really helpful throughout the process of writing the piece

“Robert Hansler is far and away one of the best graduate students I have encountered in 35 years of teaching at this institution,” says Celona. “As my composition student, I found him extremely open to ideas regarding content, structure, form, narrative, orchestration, literature and more. He came in with a flute piece he wanted to develop. I helped him expand and create a larger work he pursued with wonderful discipline and ingenuity thus making our weekly lessons rewarding for both teacher and student. The flute work won acceptance to an Italian festival north of Milan that Robert attended last summer.” 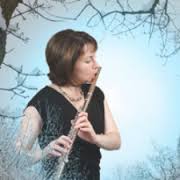 Hansler originally wrote “Broken Branches” for a friend who was looking for new repertoire. “I became especially fond of this piece as a result of the process of working on it with her, and I thought it would be good to submit it for this prize to see what another performer might do with it if it was selected. I enjoyed hearing Suzanne’s performance, and it was exciting to see the piece in a new light.”

Hansler’s recent work has been described as being “concerned with questions surrounding identity of material, instruments and performers”. But how does that translate into a musical composition? “To my ears, melody is very present in this piece. However, there are certain small-scale melodic tropes that have been around for a few centuries—the “sighing” two-note slurs that combine into a gradually descending line, melismas that mark cadences, and many others—that this piece removes from their expected contexts and functions. These tropes are transformed by this kind of relocation, and their identities are destabilized, manipulated and reformed,” he explains.

A passage from Hansler’s “Broken Branches”

“Similarly, the silences can also be conceptualized in this way. The lengths of the silences do not really follow any particular trajectory during the piece, but still their function totally changes. In the opening of the piece, silences are rhetorical devices that serve and respond to the sounds. Later, the sounds seem to controlled by the surrounding silences. This has implications for the performer as well—for example, is this material ‘expressive’? I think that a feeling of loneliness is totally appropriate for a performer who is asking herself these questions—the performer becomes very exposed and vulnerable as a result of the alienation that happens through the piece. Familiar or expected contexts are denied, and if the result is a sense of ‘lostness’, I think that’s completely appropriate.” (You can hear samples of some of Hansler’s compositions here.)

What’s his feeling about the School of Music as a centre of contemporary new music? “As far as new music in BC and the surrounding regions in the US and Canada, Victoria is really a place where it seems that a disproportionate amount of relevant and exciting music is happening,” he says. “I was thrilled to come here and discover that the scene for new music is much bigger than I had expected for a city this size—and I think that the faculty at UVic are a major reason for that . . . along with the presence of ensembles like Aventa and Tsilumos, and of course Open Space, the SALT Festival and [the monthly experimental music series] A Place to Listen.”

Hansler also has high praise for local new music audiences. “My experience in Victoria has been that audiences were much more open than what I was expecting, based on my experiences in other cities,” he says. “One thing that I’ve always believed is that performers are the real heroes when it comes to engaging with audiences—a good performance of a good piece can really go a long way in winning over audience members.” As for his own work, he says he simply doesn’t pretend to know what any audience wants to hear. “My responsibility is to write my own music as honestly as possible, and if audiences are interested in that, then that’s wonderful. I have often been surprised by the varied responses I’ve heard from listeners, and I think that is an interesting part of making music.”

As far as what’s next for this year’s CUMS winner, he’ll be attending the Sommerakademie Schloss Solitude in Stuttgart, Germany this August to work with Ensemble Surplus on a new piece and study with some of his favourite composers. Fellow School of Music graduate Alexei Paish will be premiering a solo snare drum piece of his in New York in November 2013, and in January Hansler will be in Montreal for a premiere of a piece he’s currently working on for Ensemble Paramirabo. “After that, there are three pianists who have asked me to write for them, so for the first time since 2009, I’ll be writing solo pieces for my instrument,” he chuckles. “While I work on these projects I will be studying composition privately and working as a church musician and private music teacher, and afterwards I hope to pursue a PhD.”

That’s if he can find the time, of course!