Bangkok and Victoria may not seem to have a lot in common, but they’re both about to start sharing a spotlight thanks to a new exchange agreement between the theatre departments at UVic and Bangkok University. 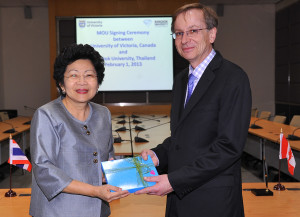 “There’s actually a lot of synchronicity between us,” says UVic Theatre professor Allan Stichbury. “Both departments are similar in size and have similar goals and objectives, balancing a sophisticated academic program alongside a very active production program—and both departments have very active Applied Theatre programs. The three prongs we have are the same as what they’ve got, which is actually remarkably rare.”

Initiated by former UVic Department of Theatre graduate student and current Bangkok U faculty member Paphavee (Poe) Linkul, the exchange is intended to be a step towards internationalizing their university. “This is the first actual exchange agreement with their Theatre department,” explains Stichbury. “They’re right at the beginning of a whole new curriculum.” 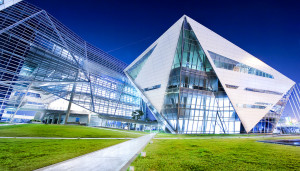 Stichbury formalized the agreement while attending the World Symposium on Global Encounters in Southeast Asian Performing Arts in February, co-hosted by UVic and Bangkok U. “I first went to Thailand as an Orion visitor about seven years ago, and have continued to grow a relationship with the people over there since,” he says. “I spent a good three weeks in Thailand on two separate trips to make sure this has legs. It’s not a one-sided effort; both universities see the benefit of this.”

Silke Klenk, director of UVic’s Office of International Affairs, agrees. “The nice thing about exchange agreements is that they’re a two-way partnership,” she says. “From a student perspective, it enhances their degree, exposes them to a different language, and makes them much more independent. It opens the world to them.” 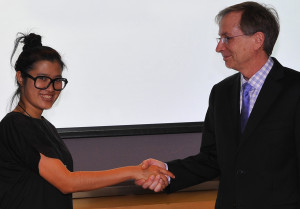 But it also benefits the institutions involved, says Klenk. “Because exchange students are typically only with us for one term, they want to make the most of that opportunity; they tend to be very active on campus and get involved in a lot of extracurricular activities. They also become ambassadors for us—for UVic, for Victoria, for BC and for Canada. You build up these networks along the way and often form friendships for life.”

While this is the only active exchange agreement with the Department of Theatre at the moment, Stichbury sees great potential in it. “This is not intended to remain simply an agreement between our Theatre department and their Performing Arts department; it’s intended to grow into a real relationship with Bangkok University.”

The exchange is set to begin in September 2013 and, while it will eventually encompass faculty and graduate students, Stichbury says the initial plan is to focus on undergrads. “We want to start this right, working from the bottom up, not the top down,” he says. “Going to another country, studying with people from another culture is a life-changing experience. It will open our students up to something new, take them out of their comfortable box.”