Looking to broaden your visual horizon? Check out these summer courses offered by the departments of Visual Arts and History in Art. 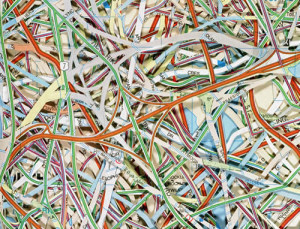 Reconfiguring the City (Art 351) — Tired of seeing the city in the same old way? This course will reposition the city as a place, as a space and as an idea for artistic experimentation, intervention and critique. In addition to introducing current dialogues about urban space and the interrelationships between art and the city and between public and private realms, students will conceive assignments focusing on interdisciplinary artistic approaches to social mapping, site specificity and the creation of real or imagined strategies for artistic interventions. This project-based class is open for students to explore in any medium and it should be regarded as a means for extending independent research and studio practices into considerations of the urban context of contemporary art.

If that sounds daunting, however, keep in mind that the groundbreaking and super-cool Arcade Fire video The Wildness Downtown influenced the development of the first assignment and is required viewing for this course.

Art 351 is taught by Sara Graham, who has been primarily concerned with the issues and ideas of the contemporary city. Mapping has long been a central tenet of her artistic practice, and over the past several years she has created a series of diagramatic drawings and sculptural models that describe and represent urban networks, traversing that liminal space between the real and the imagined. “I’m really excited to experience Victoria through the eyes of my students,” she says. 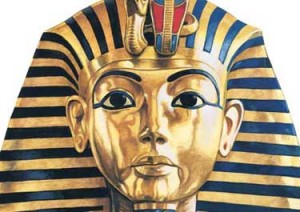 Meanwhile, over in History in Art, check out the Art and Architecture of Ancient Egypt: New Kingdom and Late Period (HA 355B). This course provides an introduction to the material culture of Egypt, focusing on the late 18th dynasty—which includes, but is not limited to, the reigns of Amehotep III, Akhenaten and Tutankhamun. Monuments and art objects will be considered in their historical and social contexts, and some emphasis will be placed upon archaeological procedures in terms of the rediscovery and conservation of specific sites/artifacts.

HA 355B is taught by Dennine Dudley, who believes in tracing threads through time. She is also interested in history from the big bang through to tomorrow, and her current focus is mainly on early modern visual culture. She’s also a textile arts and technology aficionado.

But if architecture is more your thing, check out Architecture: The Sacred and the Mythical (HA 392 A03). From the beginning, certain natural formations—mountains, caves, springs, and so on—were thought to be the earthly dwelling-places of the Divine. Typically, temples were built on these sites at an early date, and in many cases those first temples have been replaced by buildings that are still standing (some in a ruinous state). From these, in turn, most modern sacred architecture—and much that we think of as secular— has developed. 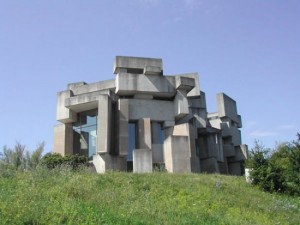 Vienna’s Church of the Most Holy Trinity

This course will reflect on the anthropological and theological phenomenon of sacred space and sacred architecture, and on case studies drawn mainly (but not solely) from the history of Euro-American architecture. In the “secular” modern age, from which the sacred has supposedly vanished, this is a highly complicated question, with, instead, temples to national heroes and warrior-martyrs; gallery and museum “shrines” to house talismans of history, art, and culture; and even the veneration of hero-architects—Frank Lloyd Wright comes to mind. These phenomena, too, will be acknowledged.