The Belfry Theatre’s annual SPARK Festival is back and, not surprisingly, some Phoenix Theatre staff, students and alumni are involved. 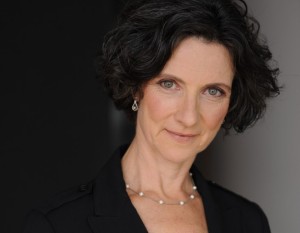 First up on March 11 is Department of Theatre prof Jan Wood, who will be presenting a staged reading of her new work Sacrifices. Here’s the official description of Sacrifices: “Each person makes allowances and negotiates compromises in order to exist…but at what cost? Sacrifices examines the choices that an ordinary woman makes to balance career, family and self-fulfillment. In revealing her story, Medina exposes the tiny sacrifices that have led her to commit her ultimate sacrifice, an act universally condemned and abhorred. Part myth, part mystery, Sacrifices tells of a struggle for personal fulfillment in a world where a thin veneer can separate sanity and madness.”

Wood also recently appeared in the Belfry’s December 2012 production of A Christmas Carol alongside husband Brian LInds—who is doing a miniplay installation at SPARK called Story With Sound: A Lucid Moment. And their daughter, Shayna Linds, is appearing in Belfry 101 Live at SPARK. Talk about a family affair! 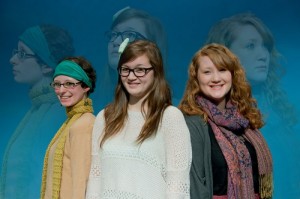 Meanwhile, current Phoenix students Kathryn Taddei, Monica Ogden and Charlotte Macaulay—all past Belfry 101 students—are collaborating on a new miniplay for the Belfry Leadership Training Program called Kid Psychic. All the miniplays this year are inspired by the senses, so Kid Psychic looks to the sixth sense and opens the door to another world. 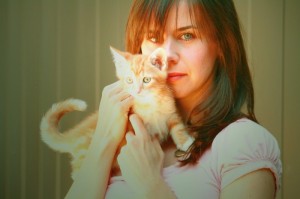 Phoenix alumni are also on deck this year, with Michelle Monteith appearing in Little One by acclaimed playwright Hannah Moskovitch (whose The Russian Play was a hit at SPARK 2010). Little One is described as “a stylish little lullaby-nightmare” and is a welcome return for Monteith, who previously wowed us with Revisited, which she co-created with 2B Theatre. Monteith is interviewed in this Times Colonist SPARK preview. 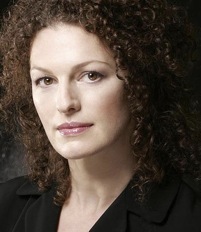 Also appearing at SPARK this year are Theatre SKAM’s Matthew Payne (in Zopyra Theatre’s When Time Was Young), and busy Phoenix grad Jennifer Lines, who will be reading the new play by Carmine Aguirre, The Trial of Tina Modotti. The Jessie Richardson Award-winning Lines, who last appeared locally in The Real Thing at the Belfry, is a frequent face at the likes of Vancouver’s Bard on the Beach and Arts Club Theatre. Aguirre, a graduate of Vancouver’s Studio 58 who won the 2012 Canada Reads for her book Something Fierce: Memoirs of a Revolutionary Daughter, also wrote Blue Box, which was an audience favourite at 2012’s Uno Fest. 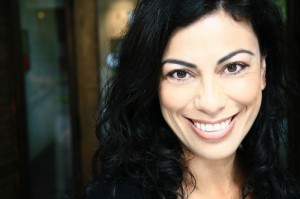 The Trial of Tina Modotti is a one-woman show exploring the life of the famed 1920s photographer and activist. Born in Italy in 1896 to an impoverished working class family, she moved to San Francisco in her teens, and then later lived in Mexico, Germany, the former Soviet Union, and Spain, where she ran a hospital for the Republicans during the Spanish Civil War. Renowned and remembered for her photography as much as for her activism, she died in 1942 of a heart attack in Mexico City. Aguirre’s play examines themes around art as a tool for change, the personal and artistic cost of absolute commitment to a political cause, and ultimately asks the question: what is the purpose of art in the face of human suffering?