A March of Music

March is a busy month for the School of Music, with 35 concerts, recitals and performances on deck. Check out the full list here, but if you’re looking to get a tasty sampling of their sonic delights, here are some highlights:

• Sonic Lab returns with Ajtony Csaba directing UVic’s new music ensemble as they perform Adventures in the interior of a major chord – and “hausmusik.” Expect works by Gérard Grisey, Gordon Mumma, Pierluigi Billone, as well as some “Soundpainting.” That’s at 8pm Friday, March 8, in the Phillip T. Young Recital Hall. By donation. 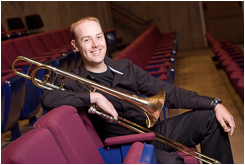 • The latest Faculty Concert Series features trombonist Scott MacInnes and guests. MacInnes, UVic’s trombone instructor, has a mission to prove that this bellowing brass instrument is viable and versatile in the mainstream. While the trombone has come a long way since it’s earliest ancestor (the sackbutt, circa 1450) as a support instrument, solo repertoire is still somewhat limited. For this concert, MacInnes has prepared several transcriptions of works originally composed for other instruments, including Camille Saint-Saëns’ Sonata for Bassoon.

“I believe that this is the first performance attempted on the trombone,” he says. “The work demonstrates the extreme capabilities of the bassoon, so it is tremendously difficult on the trombone.” Other pieces on the program include Trauermusik by Paul Hindemith (originally composed for viola), the Canadian premiere of Jacob TV’s multimedia work, I was like…WOW, and a couple tunes that will leave you “toe-tapping and humming.” (Tommy Pederson’s Blue Topaz “is like getting a big hug from a trombone choir with solo bass trombone,” MacInnes says.) 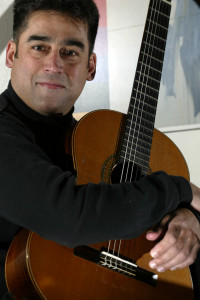 • The next Faculty Concert Series features guitarist Alexander Dunn and guests performing Guitarworks. Music has been likened to the songs of angels, the gateway to the soul, and has frequently been associated with spiritual experiences; now, Dunn will draw you into the realm of spirits, ghosts and mystics with this concert featuring contemporary music for guitar.

Described as a “genius and wizard” of the guitar by the Times Colonist, Dunn will perform Tim Brady’s Ghosts for guitar quartet and electronics, which Dunn describes as “a striking work moving between atmosphere and rhythmic propulsion, with an ambient electronic part that acts as a ‘ghost’ identity shadowing the live players.” Also on the program is the Canadian premiere of George Crumb’s darkly rich and layered Ghosts of Alhambra, as well as Peter Maxwell Davies’ intensely meditative Dark Angels.

Dunn will also give the premiere of Liova Bueno‘s Poema Mistico. Born from a germinal musical idea, the single-movement work “explores the facets of mysticism,” explains Bueno, a recent School of Music alumnus. “Calm and meditative moments are interspersed with sections of rhythmic intensity, creating a sound world which alternates between both the gentle and the wild energies of mystical and spiritual discovery and experience.” 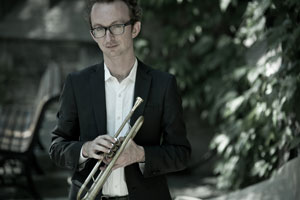 • Following that is the latest performance by the UVic Jazz Orchestra. Conducted by Jazz Orchestra director Patrick Boyle, expect an eclectic evening of standards and originals featuring jazz students from the UVic School of Music that will go above and beyond past performances.

Describing it as their “most daring program to date,” Boyle says, “Part of our mandate is to encourage the performance of new Canadian works, especially works by ensemble members.” With that in mind, the Jazz Orchestra will perform pieces by UVic students Aaron Pang and Jared Richardson, as well as original arrangements made collectively by the group. In addition to big band, the concert will feature two new groups: the UVic Latin Ensemble E Pluribus Uno and the UVic Rhythm Kings & Queens, a small group that plays an amalgam of New Orleans and Balkan music.

“In jazz music, knowing whom you are playing with is critical to presenting the music holistically,” explains Boyle, who is no stranger to collaboration and has played and recorded with some of the nations best jazz musicians. “This particular version of the UVic Jazz Orchestra blends a wonderful camaraderie and mutual respect with a serious work ethic and commitment to professionalism.”

After completing his Bachelor’s degree at UVic, McConchie went on to do post-graduate work at the Eastman School of Music then changed course to study law at the University of Calgary; he currently practices with the firm of Jones Emery Hargreaves Swan in Victoria. Fraser studied music education at Brandon University and trombone performance at McGill before winning the bass trombone position in the Victoria Symphony in 1990; he completed his Master of Arts in Musicology with Performance at UVic in 2008. Dianova began her studies in her native Bulgaria, at the academies of Pleven and Sofia; she moved to Canada in 1998 to pursue her Master’s degree at UVic and currently works as a concert pianist, accompanist, chamber and orchestral musician and is the principal keyboard player for the Victoria Symphony. She is also an internationally recognized authority on new music and extended/prepared piano techniques.

Their performance is at 8pm Tuesday, March 19, in the Phillip T. Young Recital Hall. Admission by donation. 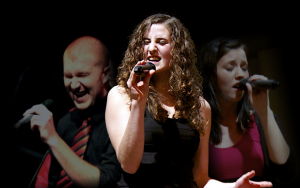 Clanton shares Patrick Boyle’s sentiments on the importance of connections within the Vocal Jazz Ensemble, which he has been directing since 2005; he often incorporates movement, improvisation, and games into his rehearsals. “By bridging the social and academic environments, spontaneity is restored to music-making and people let their personalities shine,” says Clanton. He describes these sessions as “fun, hilarious and educational” which is important to fostering “natural engagement, energy and enthusiasm which spreads to all areas of learning and performance.”

Expect a wide range of styles and moods in their upcoming March 24 concert, with tunes like “He Beeped When He Shoulda Bopped,” “The Lady Is A Tramp,” “Baby Driver” and “Won’t You Be My Neighbor” (yes, the theme song from childhood favourite, Mr. Rogers’ Neighbourhood). Clanton says the show “ping pongs between intimate ballads, quirky upbeat numbers and powerful showstoppers. It will begin like a lamb and end like a lion.”

Be there at 8pm Sunday, March 24, in the Phillip T. Young Recital Hall. By donation.