Talent on screen at VFF

When the 19th annual Victoria Film Festival hits local movie screens between February 1st and 10th, Fine Arts students will once again have their work seen alongside more than 150 tantalizing Canadian and international films. 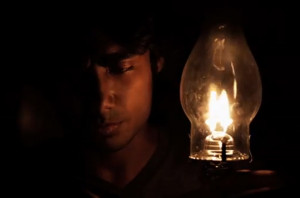 Primary among them is Department of Writing graduate student Connor Gaston, who made local news late last year when his short film Bardo Light was accepted into the Toronto International Film Festival and another of his shorts, Stuck, screened at the Whistler Film Festival. (TIFF programmer Magali Simard described Bardo Light as “a modern-day chiller that merges Mary Shelley with the Tibetan Book of the Dead, [this] is a bold and unique experience.”)

Victoria audiences will now have the opportunity to see Bardo Light—which stars Department of Theatre grad Shaan Rahman and features a cameo by Writing chair Bill Gaston—as part of the “Little Horrors” shorts program at 9:30pm Saturday, February 9, at the Vic Theatre. 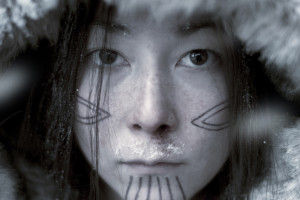 You can also see Department of Theatre grad Emily Piggford as part of that same “Little Horrors” night when she takes the lead in the short film Frost, created by Pacific and Asian Studies alumni Jeremy Ball. Frost has been described as “stunning” and “epic,” thanks to its barren, snow-covered landscapes and dystopic sci-fi edge. (Check out this article about Ball by Michael Reid, film writer for the local Times Colonist).

Catch a video interview with Piggford here from when Frost also played at TIFF, or you can read an interview with her here. And proving that not all filmmakers come out of Writing or Theatre, recent UVic biology grad Julia Hostetler has her own short film Quiescence on view as well. Catch it as part of the shorts program “Kids Amok!” at 2pm on Sunday, February 10, also at the Vic.

Also of note is the work done behind the scenes by student jurors Charles Wagner, Caitlen Jessen and Max Johnson, as well as busy local filmmaker and Writing prof Maureen Bradley, who was once again on the VFF programming committee and will be doing a workshop as part of the annual Springboard industry discussion series. She’ll be participating in “The Drama Workshop” session, which runs from 2-3:30pm Saturday, February 2 at the Vic. “I’ll be presenting work and discussing narrative filmmaking for emerging filmmakers,” says Bradley.