Students tune up for Concerto

UVic’s annual Concerto Concert is coming up fast on Friday, January 25, and this year’s winners are highly anticipating the rehearsals and performance with the Concerto Orchestra. Comprised of School of Music students, faculty and alumni, the Concerto Orchestra has been backing up concerto competition winners since the early 1980s. 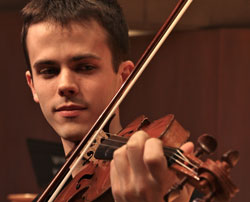 Performing Ernest Chausson’s ever-popular Poème for violin and orchestra, Op.25, is third year performance major, Jiten Beairsto. “I decided I wanted to play the piece years ago, but it wasn’t until last spring that I mustered the courage to properly learn and perform it,” says Beairsto. Having performed in a variety of orchestras, including the Victoria Symphony and the National Youth Orchestra of Canada, this will be his debut as a soloist. “I really don’t know what to expect, but my guess is that it will be equal parts nerve-wracking, challenging, and thrilling.” Beairsto has had a “thoroughly positive” few years at UVic and credits his instructor, Sharon Stanis, along with the Lafayette String Quartet, for their guidance. 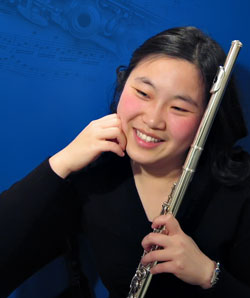 Performing Frank Martin’s one-movement Ballade, second-year graduate student, Sabrina Sun, was drawn to “the intensity of the piece as well the technical challenge” of performing such a wide range on the flute. A popular work in twentieth century flute repertoire, Sun has spent several months mastering the wide leaps while trying to retain the melodic lyricism of the piece. Her instructor, Suzanne Snizek “has been great,” says Sun. “She has experience in both performing and teaching and I have learnt so much from her.” Following graduation, Sun hopes to enter a DMA program while continuing to teach the flute. 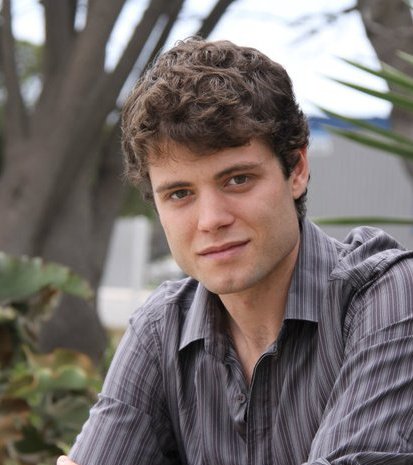 Less frequently performed than the second and third concertos, fourth year piano major, Daniel Jordan, is looking forward to bringing Rachmaninoff’s Piano Concerto No. 1 to the stage. Originally written in 1891 when the composer was 18 years old, Jordan will perform the revised version of 1917, which he enjoys for its “heightened emotionality.” Jordan has been working on the concerto for over a year, and thanks his instructor, May Ling Kwok, for her “tremendous support and perseverance” as well as the UVic community for providing inspiration and introducing him to many new concepts. 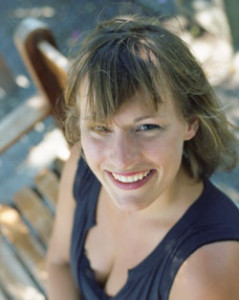 Mezzo soprano, Erin Ronningen, has been practicing Maurice Ravel’s Shéhérazade since last spring under the tuition of her instructor, Anne Grimm. “The music is an exotic and colourful narrative of yearning for fantastic adventure,” describes Ronningen. “The experience of singing this piece with an orchestra is a once in a lifetime opportunity and I’m ready to jump into the colourful sea that Ravel created.” Ronningen is in her fourth year at UVic and aspires to sing with orchestras and continue to study performance techniques with great teachers upon graduation. “Anne Grimm has been an inspiring, dedicated and worldly teacher and mentor,” says Ronningen. “Professor Benjamin Butterfield’s enthusiasm for performance is also very contagious.

The Concerto Concert takes place on Friday, January 25 at 8pm in the University Centre Farquhar Auditorium. Tickets are $17.50 & $13.50 and available through the UVic Ticket Centre and at the door.