Two Department of Writing grads have made the prestigious Waterstones Eleven list of debut literary stars of 2013. Both Marjorie Celona and D.W. Wilson found themselves not only on the list along with a baker’s dozen of other international authors, but also in the same location when the announcement was made at Waterstones Piccadilly in London, England, on January 14. 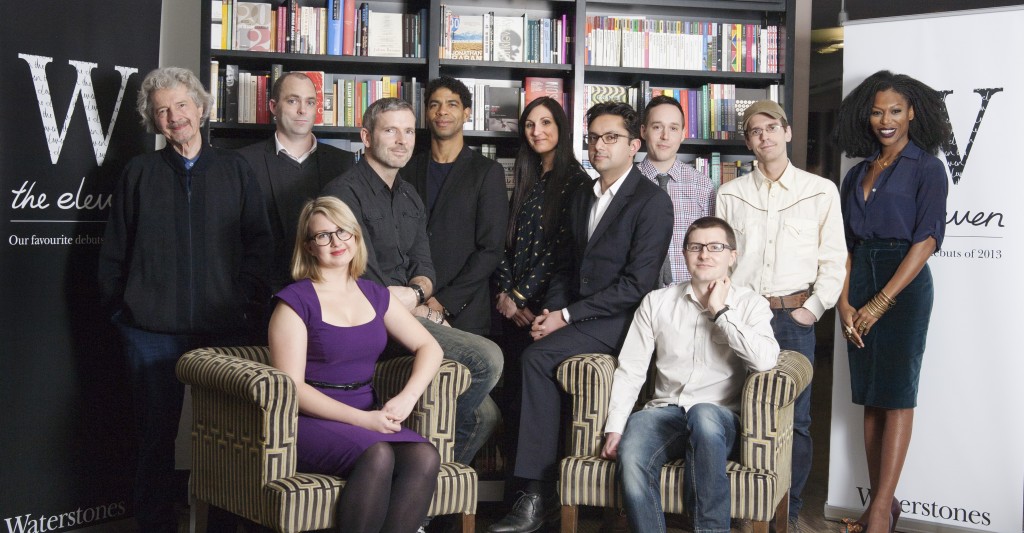 Now in its third year, the 2013 Waterstones Eleven list featured writers from six different countries. “The Waterstones Eleven puts new writing at the forefront of the literary calendar and has quickly become a celebration our readers trust,” noted Waterstones Managing Director James Daunt at the event.

Wilson, the previous winner of the likes of the BBC Short Story Prize and the Man Booker Prize Scholarship, makes the list for his debut novel Ballistics. Celona, meanwhile, earned the accolade for her 2012 breakthrough novel Y, which was longlisted for the Giller Prize.
Previous Waterstones Eleven authors have gone on to dominate the publishing world both critically and commercially in the year that followed. Rachel Joyce‘s The Unlikely Pilgrimage of Harold Fry, was 2012’s best selling debut, as well as being longlisted for the Man Booker Prize, whilst The Land of Decoration by Grace McCleen won last year’s Desmond Elliott Prize. The inaugural Waterstones Eleven included the top ten book of 2011, When God Was A Rabbit by Sarah Winman, and Téa Obreht‘s Orange Prize-winning The Tiger’s Wife.Here’s the full Waterstones Eleven 2013 list: