Who doesn’t love a free concert—especially when it awards the opportunity to witness the musical prowess of an international legend or a star on the rise? That’s exactly what this season’s Orion Series in Fine Arts has lined-up. Not only are there some great concert offerings, but there are also free lectures and masterclasses open for the public to enjoy.

Established in the Faculty of Fine Arts by an anonymous donor, the Orion Fund in Fine Arts gives faculty the opportunity to invite distinguished visitors from other parts of Canada and the world to the University and the wider Victoria community. Here are some upcoming Orion events not to be missed over next two months:

Every three years, Calgary’s prestigious Honens International Piano Competition discovers and launches a star. Georgy Tchaidze, the 2009 Honens Prize Laureate, has performed across Europe and North America since his win and will be taking to the Phillip T. Young Recital Hall stage for a concert on Monday, January 14 at 8:00 p.m. A native of St. Petersburg, Russia, Tchaidze’s engagements have included a performance for the Governor General of Canada, a stunning debut recording on the Honens label, soloist with the National Arts Centre Orchestra under the baton of Pinchas Zukerman, among many others. Tchaidze will display his “fine sensibility and perfectly honed technique” (The Telegraph) at UVic in a program of works by Beethoven and Shostakovich. In addition, piano students will have the opportunity to receive coaching from Tchaidze in a masterclass on Tuesday, January 15.

On Saturday, January 26 at 8:00 p.m., international performing artist and proponent of new music, Corey Hamm, will premiere new works written specifically for him by Canadian composers. Associate Professor of Piano and Chamber Music at The University of British Columbia (UBC) since 2005 and director of the UBC Contemporary Players, Dr. Hamm has commissioned, premiered and recorded over 200 solo, chamber and concerto works. His concert at the Phillip T. Young Recital Hall on January 26 will include works by Dorothy Chang, Keith Hamel, Jordan Nobles and Scott Godin. Hamm will also lead a piano masterclass on Friday, January 25. 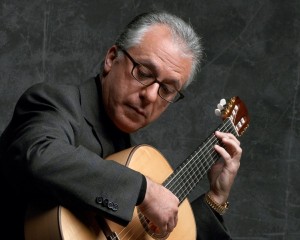 Don’t miss classical guitarist, Pepe Romero’s masterclass on Friday, February 15. Known the world over as a superb performer and recording artist—with accolades including knighthood from the King of Spain and recognition from the White House and the Vatican—Romero holds an honorary doctorate from the University of Victoria. In this masterclass, four talented UVic guitarists will perform for Maestro Romero, followed by a brief Q&A period. The class will run from 3-6:30pm in the David Lam Auditorium. On Saturday, February 16 at 7:30pm, Romero will also give a performance at the First Metropolitan Church with UVic faculty guitarist, Alexander Dunn, along with several other guests. For more information visit the Victoria Guitar Society. 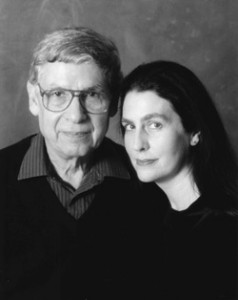 Pioneering Canadian-Argentinian composer of electronic & instrumental music, alcides lanza, and partner Meg Sheppard (voice, percussion) will present a concert & lecture of contemporary works on February 28. Born in Argentina and having lived in the United States and Canada (where he currently resides), lanza’s active international career as a pianist and conductor focuses on presenting avante garde music of the three Americas. The 12:00 p.m. lecture features an analysis of lanza’s vôo, with live examples. At 8:00 p.m. the duo will perform selected works for voice, piano, percussion & electronics by lanza & others.

For more information on these events, visit the School of Music website.