Department of Writing professor and local independent filmmaker Maureen Bradley has been announced as one of four winning teams for the National Screen Institute’s Features First initiative. This comes hot on the heels of news that Fine Arts staffer Dan Hogg was awarded one of the top slots in the NSI’s Script to Screen competition. 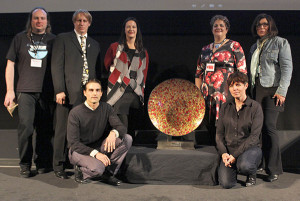 Bradley will be the writer/director on the film project Two 4 One, alongside Toronto-based producer and Ryerson professor Kalli Paakspuu. Among their other achievements, Bradley and Hogg both collaborated on Writing’s Leo Award-winning student web series Freshman’s Wharf.

Presented in association with Telefilm Canada, NSI’s Features First is a 10-month training course developed as a launch pad for producer/writer/director teams looking to produce their first or second feature film with strong commercial appeal. Teams are paired with executive producer mentors and story editors to help with the final development and packaging of their feature film project; since the course was launched in 1997, 15 features have been produced. Films developed through NSI Features. 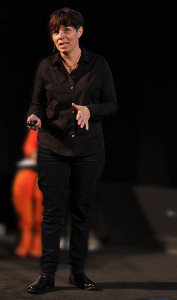 “NSI works with the teams to match them with experienced story editors to polish their script,” said new NSI Features First program manager Brandice Vivier in their news release. “We show them firsthand how a feature film comes together from development, to pitch, to production, to release. I’m excited to work with the students to find a place for their projects in today’s marketplace and get their projects made.”

A media artist, curator and educator, Bradley has directed more than 40 short films and videos, four film installations and two web art projects. Her award-winning productions have screened at galleries and festivals around the globe, including the Museum of Modern Art in New York. Many of her productions have been broadcast in North America and abroad. Retrospectives of Maureen’s work have screened at festivals in Vancouver, Edmonton, Calgary, Winnipeg and Ottawa. She has garnered Best Film awards from festivals in Chicago, Akron, Philadelphia and Santa Barbara. In 1992, Maureen reached her largest audience of more than 15 million viewers appearing as a writer/director on the CBC TV series Road Movies.