Department of Visual Arts MFA graduate Katie Lyle was named an honourable mention winner in the 14th Annual RBC Canadian Painting Competition recently. As well as national exposure, Lyle picked up a cheque for $15,000 for her oil painting, “White Night,” which will be added to RBC’s 4,000-work corporate art collection. 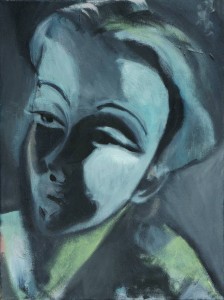 As reported in the Vancouver Sun and the Globe and Mail, among other media outlets, 15 finalists were chosen in June this year, five each from of the three regions (western, central and eastern) into which the prize is split. The winners were announced in Toronto on November 29, with Toronto’s Vanessa Maltese named the overall winner;  Montreal artist Betino Assa was also named honourable mention. Maltese earns $25,000 for winning the top spot.

“Through this competition, we have helped launch the careers of many of today’s successful visual artists and are excited to continue to discover and promote promising new talent from across the country,” RBC’s curator Robin Anthony said in a news release.

Lyle’s winning painting came from a series of intimate female portraits. “My recent paintings focus less on cultural archetypes and more on images I filter on a daily basis,” she said on the RBC’s website. “The gaze, the arch of an eyebrow, or the path of a nose can all be points or forms from which to generate an image.” Now based in Vancouver, Lyle has recently exhibited at Deluge Contemporary here in Victoria and Art Metropole in Toronto. She is the curatorial assistant at Western Front. 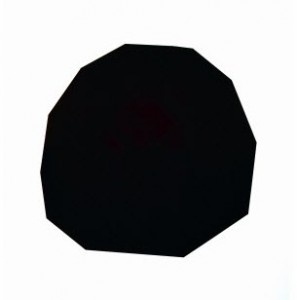 But Lyle wasn’t the only artist with UVic connections in the running for the RBC prize this year—Visual Arts sessional instructor Thomas Chisholm was also a finalist, and painting professor Sandra Meigs was on the jury. This was the second RBC shortlist in a row on which Chisholm has appeared, this time with a piece titled Interference 1 (2012).

“I love painting, and of all the arts it’s the one I’m most drawn to,” Adam Gopnik, the keynote speaker at this year’s RBC Canadian Painting Competition ceremony, told the Globe. “I’m well aware there’s this sense that painting is a dying form and that the beatific vision is now available in a video installation in a darkened room with an enigmatic track playing alongside it and a long explanation of how the enigmatic track and the video together do something or other to this or that for the construction of reality. And I have no reason to think that’s not a completely authentic aesthetic experience; it’s just that I vibrate to painting.”

Gopnik, art critic for The New Yorker, was raised in Montreal and was a juror in the 2011 Sobey Art Award, and is quite familiar with Canadian art. “You can make the case that painting is actually the single most relevant thing we have right now. … We live in a civilization where the idea of craft, the idea of the artisanal, of the thing made with skill that the rest of us can’t do at all, is simultaneously deprecated—‘It’s not important’—and hugely valued individually. … We continue to be drawn to painting because we recognize it represents [like a chef cooking on a TV show] that enviable excellence of craft, the transmission of lived experience through the prism of a particular sensibility. … It’s one-on-one communication in a world of million-on-million communication.”