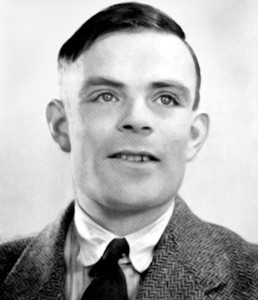 Alan Turing is one of the few people in history to invent a wholly new spiritual idea. As such, he has unquestionably been one of the most influential figures of the last century, and there is no doubt that he will remain so in the future. He is often described as the “father of computer science” and his enduring legacy is recognized with the Turing Award, the Nobel prize of computer science.

If you don’t know much about Turing, saying that he’s well worth a Google search is a massive understatement. The founder of modern computer science and artificial intelligence, Turing was also an acclaimed mathematician, celebrated World War II British codebreaker, philosopher, logician and a persecuted gay man who faced either prison or chemical castration for his lifestyle “crimes.” He committed suicide in 1954 but his vision and legacy far outstripped his own life.

To celebrate the 100th anniversary of his birth, the Music 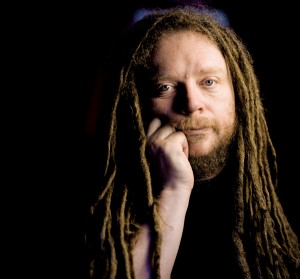 futurist Jaron Lanier for a special appreciation of Turing’s Spiritual Legacy. Lanier—a computer scientist, composer, visual artist and influential author who was named one of the 100 most influential people in the world by Time magazine in 2010—is also famed for coining or popularizing the term “virtual reality.” He founded VPL Research, the first company to sell VR products, in the early ’80s and his book You Are Not A Gadget: A Manifesto was released in 2010.

Lanier’s lecture will offer an appreciation of Turing, as well as a criticism of intellectual and economic events that have been influenced by him. The lecture begins at 8:15pm on Wednesday, November 7, in the School of Music’s Phillip T Young Recital Hall.

But if you’re interested in some of the results that emerged from Turing’s life and works, be sure to catch some of these other lectures on view next week. All are offered by the Music and Computer Science program and all are free.

• David Jaffe (Universal Audio) on “The Library of Babel: Composing, Computing and Creativity.” Jaffe is a musical and technical innovator who developed music software for Steve Jobs at the NeXT computer, co-founded Staccato Systems and is now senior scientist and engineer at UA. Hear him 6:30pm Monday, November 5, in A120 of the Social Sciences and Math Bldg, and 2:30pm Tuesday, November 6, in A168 of the MacLaurin Building.

• Adam Tindale (OCAD U) on “Developing Tools for Contemporary Electronic Music Performance.” Tindale develops new interfaces for musical expression through a combination of physical modeling synthesis, machine listening and learning, and custom hardware development. Hear him at 1:30pm Thursday, November 8, in D114 of the MacLaurin Building, and 11:30am Friday, November 9, in B112 of the Cornett Building. 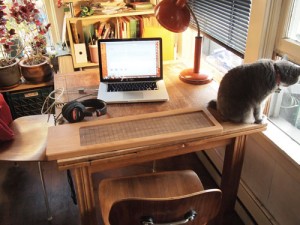 • Randy Jones (Madrona Labs) on “Soundplane Workshop.” Jones makes instruments and software for computer music performance, and has performed and lectured at festivals including Cimatics (Brussels), MUTEK (Montreal), the Festival de Música Electroacústica (Havana), Decibel (Seattle), and New Forms (Vancouver). He was a co-creator of Jitter, the graphics and matrix processing software, and completed a Masters in Computer Science at UVic in 2010. His talk will offer an informal, hands-on lab to explore the Soundplane and DIY capacitive sensing with Max/MSP. (Bring a vague idea, he’ll try to refine it. Bring a specific idea, he’ll make a patch and move it in the direction of a performance.) Hear him at 3:30pm Thursday, November 8, in D114 of the MacLaurin Building, and 2:30pm  Friday, November 9, in A168 of the MacLaurin Building.

All lectures are free and open to the public.

Across the globe, the life and work of the late American composer John Cage is being given some extra attention this year as we mark the centenary of the iconic artist. In collaboration with the University of Victoria’s School of Music, the Art Gallery of Greater Victoria and Open Space, the Victoria Symphony dedicates its November New Music Festival to a series of concerts, art exhibitions and special retrospectives celebrating the 100th anniversary of Cage’s birth. 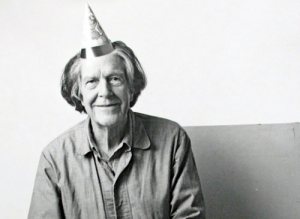 John Cage’s significant contributions to music, modern dance, writing, critical thinking and visual arts could not possibly be summarized here. His influence, which continues to grow twenty years after his death, has been impressed upon countless artists, from composers Karlheinz Stockhausen and Phillip Glass to the more populist likes of Radiohead and veteran producer and musical innovator Brian Eno.

“Music in the twentieth century was changed profoundly by Cage’s life. If you’re a musician, or interested in music, you can try to ignore him, but sooner or later you have to deal with him,” says Cage 100 Festival curator and School of Music professor of composition and theory Christopher Butterfield.

Butterfield was recently interviewed for this extensive Globe and Mail article about Cage. “I think Cage’s whole point is that he wants people to be acutely aware of the kind of aural world or acoustic world around them and to be able to actually, I don’t know, rejoice in the sheer idea of consciousness or of being sensitive to the world, and you don’t need the kind of conventional constructs of music,” Butterfield told G&M arts reporter Marsha Lederman. “It’s much more about a much larger world of sound possibilities than simply the ones put together for people to learn on the piano or the violin or an orchestra or whatever.”

He also talks about not only the festival, but his own experiences meeting Cage in the local Times Colonist: “Once in the 1980s, [Butterfield] and a friend had hoped to greet Cage following a big concert in Toronto, but didn’t get the chance,” writes the TC’s Amy Smart. “They walked up the stairs to a friend’s party in an apartment in the ‘cheap part of town,’ and Cage was the first person they saw. ‘He’d rather be downtown with slightly sketchy people than uptown,’ said Butterfield.” 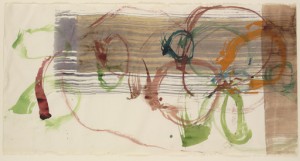 Drawing on the artist’s extensive body of work and diverse artistic practices, Victoria’s Cage 100 Festival brings together some of his most famous compositions as well as works too seldom heard or seen—including Cage’s graphic work and a 1987 sound installation, plus film, letters and paintings by people who were part of Cage’s social circle. Works by composers who share Cage’s sense of exploration and wonder will also be featured. “Cage was endlessly inventive, not just in music, but in other forms too,” explains Butterfield.

When crafting the program for the festival, Butterfield wanted to offer a broad yet intimate glimpse into Cage’s world, people he knew, and ideas he espoused. “We were lucky to rely on old friends of Cage’s, who volunteered some extraordinary material.” Devoted Play, which opens at the AGGV on November 8 (and runs to January 5), kicks off the entire festival by bringing together a collection of materials from some of his closest friends and influential figures—including Gordon Mumma, Jasper Johns, Marcel Duchamp, Mark Tobey, Morris Graves and Robert Rauschenberg. That same night, November 8, the sound installation Essay debuts at Open Space (and runs to January 12), featuring Cage himself reading from Henry David Thoreau’s essay “On Civil Disobedience.”

On Friday, November 16 at 12:30pm, the UVic Percussion Ensemble—under the direction of Bill Linwood—will perform works by Cage (1939’s First Construction in Metal and 1941’s Third Construction) and Linda Caitlin Smith (Blue Sky). Later that same day, UVic’s Sonic Lab hosts an evening of Cage’s music starting at 5pm with a School of Music-wide fanfare performance of 1967’s Musicircus, followed by a concert at 8pm (including 1957’s Concert for Piano and Orchestra, 1973’s Etcetera and 1983’s Ryoanji). All events take place in the Phillip T. Young Recital Hall and admission is by donation. 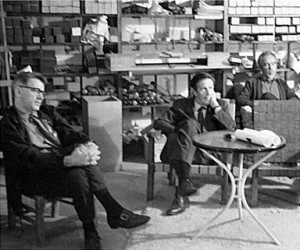 Additional Cage 100 Festival programming includes a concert with the Victoria Symphony on November 17 at the Alix Goolden Hall (including Cage’s 1947’s 4’33”, 1947’s The Seasons and 1950’s Concerto for Prepared Piano, plus works by others), and on November 18 at the AGGV with the Emily Carr String Quartet (1950’s String Quartet in Four Parts, plus works by others). Talks and discussions will take place at Open Space on November 19 (on Cage and anarchism, featuring History in Art professor Allan Antliff and Andrew Culver, Cage’s assistant in the 1980s) and the AGGV on November 22 (featuring Cage collaborator Gordon Mumma).

And for information on both local and international Cage-related events, or more about John Cage’s life and legacy itself, check out the official Cage website.