A (dead)heads-up to fans of both archives and the Grateful Dead: University of California Santa Cruz associate librarian Robin Chandler will be giving a public talk about the Grateful Dead Archive Online on Friday, October 12. 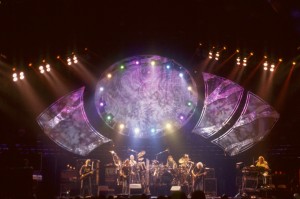 The Grateful Dead Archive documents the iconic American rock band’s 30-year history from 1965-1995, and was donated by Grateful Dead members Mickey Hart and Bob Weir to the UC Santa Cruz in 2008. As the project manager for the digitization of the archive, Chandler oversaw the transfer of the materials, as well as the creation of the project’s socially constructed website.

An example of a hand-drawn fan envelope, this one by Linda Gross

Launched in June 2012, the Grateful Dead Archive Online boasts nearly 24,000 items and over 50,000 digital scans of posters, photos and artifacts, including hand-decorated envelopes sent in by fans requesting show tickets. As such, it is one of the most significant popular culture collections of the 20th century. 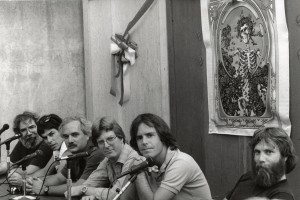 As a bonus, wear any piece of tie-dyed clothing to the event and the five best-dressed will win prizes, courtesy of co-sponsors CFUV and the Greater Victoria Public Library!

Catch this free public talk with Robin Chandler from 5:30 to 7:00 p.m. Friday, October 12 at UVic’s Cinecenta in the Student Union Building.