When celebrated pianist Robert Silverman performs at the University of Victoria’s Steinway Fundraiser on September 23, it won’t just be a rare local appearance by one of Canada’s premiere pianists—it will also mark his reunion with the acclaimed Lafayette String Quartet. 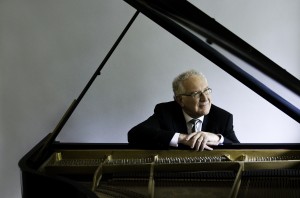 While they collaborated a number of times 20-odd years ago, it has been years since Silverman and the LSQ last appeared on stage together. But it was Silverman who broke the public news that the LSQ were becoming Artists-in-Residence at UVic back in 1991.

“It was 25 years ago when we first met Robert,” recalls LSQ violinist Sharon Stanis. “We first performed together in 1987 in Vancouver at the Friends of Chamber Music series, where we played the Shostakovich Piano Quintet.” 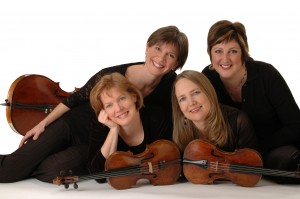 After that initial performance, says Stanis, Silverman and the LSQ played together in various venues across Canada and the U.S., including another Friends of Chamber Music series (this time playing the Brahms Piano Quintet) at UBC in 1991—just days after the LSQ accepted the offer to become Artists-in-Residence at UVic. “Robert made the announcement from the stage that we would be moving to Victoria and welcomed us to the west coast,” Stanis fondly recalls.

But while the concert will be a reunion of sorts for Silverman and the LSQ, it is primarily a  School of Music fundraiser is to help cover the costs of the 63 new Steinway pianos that made UVic the first and only All-Steinway School in Canada. For this concert, Silverman will be performing Brahms’ Rhapsody in B Minor and Six Pieces for Piano—as well as Schumann’s Piano Quintet with the LSQ. (Silverman will also soon be releasing a recording of Brahms and Schumann.)

Recognized as one of Canada’s premiere pianists, Dr. Robert Silverman was a faculty member at the University of British Columbia for 30 years and has performed in concert halls throughout North America, Europe, Australia and the Far East. He has appeared with orchestras on three continents, including the Chicago Symphony, the Sydney Symphony, the BBC (London) Symphony, the St. Petersburg Philharmonic Orchestras and every major orchestra in Canada.

The distinguished pianist has performed under the batons of such renowned conductors as Seiji Ozawa, John Eliot Gardiner, Gerard Schwarz, Neeme Järvi, and the late Kiril Kondrashin and Sergiu Comissiona. He has appeared with orchestras on three continents, including the Chicago Symphony, the Sydney Symphony, the BBC (London) Symphony, the St. Petersburg Philharmonic Orchestras, and every major orchestra in Canada. Silverman’s discography includes over 30 CDs and a dozen LPs. His recording of Liszt’s piano music received a Grand Prix du Disque from the Liszt Society of Budapest, while his widely-acclaimed 10-CD recording of all thirty-two Beethoven sonatas was short-listed for a Juno Award. His 7-CD album of all the Mozart Sonatas is due for release in 2010.

In 1998 Robert Silverman was named the first winner of the Paul de Hueck and Norman Walford Career Achievement Award for Keyboard Artistry, administered by the Ontario Arts Council Foundation, in recognition of “his high level of artistry, his moving interpretations of a wide range of music…and his commitment and contribution to music in Canada.”

“It has been a number of years since he has performed in Victoria,” says Associate Dean of Fine Arts and School of Music piano professor Arthur Rowe, “and we’re very excited at his return to the University of Victoria to help launch this year’s Steinway fundraising campaign.”

Robert Silverman and the Lafayette String Quartet perform 2:30pm on Sunday, September 23, in the Phillip T. Young Recital Hall. Tickets are available in person or online at the University Ticket Centre or (250) 721-8480.