Geez, our Fine Arts faculty are so darn busy, we had to split the news about what some of them are doing with their summer into two parts! 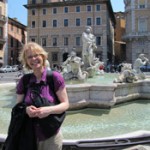 After a six-week research trip to Bologna, Italy, where she’ll be working in libraries, archives and museums to complete a SSHRC-supported book project on 16th century Italian portraits of old women (currently titled Prophets, Saints, and Matriarchs: Old Women and Art in Early Modern Italy), professor Erin Campbell will be traveling to Nuremberg, Germany, to present on the “Object as Subject” at the 33rd Congress of the International Committee of the History of Art—she’ll be dusting off her paper, “Good Housekeeping: Objects and Agency in the Early Modern Domestic Interior”—before heading to Paris “to look at some great art!” 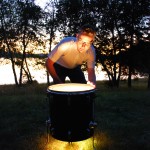 In addition to an exhibition opening at Museum London and a series of four new works created in collaboration with Victoria-based sound artist Tina Pearson at the Royal BC Museum’s recent Site & Sound event, recent faculty hire Paul Walde will also be travelling to Kaslo to work on some new work for an exhibition that will be presented there in October. “Requiem for a Glacier will memorialize BC’s Jumbo Glacier, an ancient feature of the landscape left over from the last ice age 10,000 years ago and now under immediate threat from climate change and resort development,” he explains. “As part of the piece I will be developing a specially prepared orchestral musical composition that will be performed on the glacier. The music will be loosely based on traditional requiem compositions and feature six songs for the glacier.” After that, Paul will be off to New York State to undertake a series of field recordings documenting the landscape around the site of the premiere of American composer John Cage’s ground-breaking work 4:33. The recording with coincide with the 60th anniversary of the premiere, the 100th anniversary of the Cage’s birth and the 20th anniversary of his death. 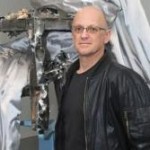 Departmental chair Daniel Laskarain is spending his summer in the studio creating new work—or, as he so delicately puts it, he will be “if I ever get out of this bloody office.” (Sounds like someone can really use a break!) He will also be traveling to Aix-en-Provence in France, where he hopes to absorb a foreign environment with no attention to anything. Sounds ideal to us! 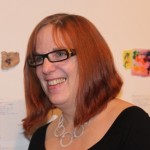 After collaborating with Music prof Christopher Butterfield on his Contes pour enfants pas sages, professor Sandra Meigs will be on the jury for the RBC Canadian Painting Competition in Toronto in May, which will meet again in November to decide the final outcome. (See this post for news about the Visual Arts grad who made the shortlist.) Other than that, Sandra is currently on study leave, working away in her studio on new paintings—panoramas of basements and crawl spaces. 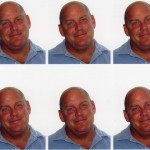 Sessional instructor John G. Boehme recently received a Canada Council research and creation project grant to assist in the development of a body of new trans-disciplinary artworks, which will involve the creation of sports equipment initially from ceramic materials, then additionally from other media (possibly including glass). “My practice has in past explored sport as a metaphor for construction, projection and destruction of identity, utilizing sport as an armature for cultural and national identity,” says Boheme. His new works will then be utilized in a performance art context and gallery installation, with events pending in Belgium, Chile, California and New York. 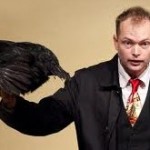 And while sessional instructor David Gifford will likely be working on some new sculpture or perfecting his prestidigitation techniques as his magical alter-ego The Great Giffoni, he certainly wins the celebrity angle this summer: he’ll be spending some time fishing with acclaimed Canadian author Joseph Boyden and famed poet and Tragically Hip frontman Gord Downie in Northern Ontario. 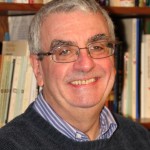 Departmental chair Warwick Dobson is off to Brno in the Czech Republic to run an intensive workshop for teachers at the Marysakova University. After that, he will be attending the International Drama in Education Research Institute in Limerick (along with several other UVic faculty, sessionals and grad students) presenting on Applied Theatre and the Circulation of Social Energy. “That should keep me off the streets,” he chuckles. 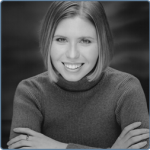 After visiting Toronto and Montreal for the launch of Renegade Bodies: Canadian Dance in the 1970s, which she co-edited with Vancouver-based dance writer Kaija Pepper professor Allana C. Lindgren will also be on tap as one of three key speakers for the 2012 Selma Odom lecture series at York University. Allana will be presenting a paper on  “Gender Cues: The National Ballet of Canada’s Marketing of Masculinity and Femininity in the 1950s”. As a dance and cultural historian with classical ballet training (Royal Winnipeg Ballet Professional Division), this is clearly a topic Allana knows well. 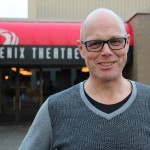 Busy professory Conrad Alexandrowicz is currently working on the first rehearsal phase of his SSHRC grant, staging many of the poems in Writing prof Lorna Crozier‘s Apocrypha of Light—which re-imagines Christian creation myths from a feminist perspective—with seven current and recently graduated acting student, and two musicians, including Sandra Dawkins, head of woodwinds at the School of Music. Conrad also made the news recently with his physical theatre piece House of X, which debuted at the Vancouver East Cultural Centre in July. And then come August, he’ll be going to the Association for Theatre in Higher Education conference in Washington, DC to present a paper called “Pretty/Sexy: Impacts of the Sexualization of Young Women on Theatre Pedagogy.” 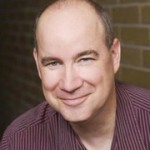 Sessional instructor Leslie Bland will continue his work as the executive producer of Less Bland Productions, developing television series for local, national, and international broadcast. As such, he’ll be attending the Banff World Media Festival this summer, where he says he’ll “keep busy pitching broadcasters and attending panel discussions, screenings, award ceremonies, and mixers, etc.” (It’s the “etc.” that really has us wondering.) 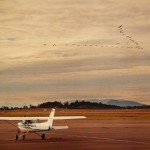 Finally, now that Dean Sarah Blackstone has officially started her one-year sabbatical, we hope she’s already winging her way into the wild blue yonder, shooting birds (with her camera, of course) and doing anything but thinking about the university. While the rest of us will be back in action after the summer, Sarah gets a well-deserved extended break. Relax and enjoy yourself Dean. You’ve earned it!