Friends and family of the late Megan Newton have set up a fund at the Victoria Foundation to create a theatre award in her honour. Megan had been the operations manager for Intrepid Theatre at the time of her death from cancer earlier this month. Learn more about Megan from the following tribute by Danielle Baxter, Megan’s mother, and Ian Case, former Intrepid Theatre general manager. 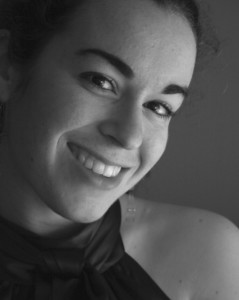 The late, great Megan Newton. Her talent, skill and bright spirit will be sorely missed!

Megan Newton was an artist/set designer/stage manager/crafter and administrator at large. She received her BFA in Theatre from the University of Victoria with a specialty in production management and design. Megan was one of the founding members of Theatre BOMBUS (then known as BumbleBee Theatre).

Megan became the operations manager at Intrepid Theatre in 2007, where she coordinated rentals for the Metro Studio and Intrepid Theatre Club and any other activities, tasks or crafts that came up during production for Intrepid’s annual festivals. For Uno Fest, she created the annual Monobrow Cabaret.

A firm believer in assisting local emerging artists to get their work off the ground, Megan established and curated the YOU SHOW for Intrepid Theatre, an outreach program for artists wanting to road-test original new works in front of an audience. Many YOU SHOWs have gone on to great success on the Fringe and national touring circuits due in large part to Megan’s vision and support. She was always ready to lend advice and guidance to artists and companies navigating the perils of their first full-scale public production.

Highlights of Megan’s arty-ness (and artfulness) include set design for Janet Munsil’s Influence for Intrepid Theatre, The Importance of Being Earnest for Giggling Iguana Productions, Meg Braem’s Potentilla for Theatre Bombus, a summer with Theatre SKAM many years ago, and an assistant director gig with Pacific Opera Victoria on Daphne. She also served many companies as a wonderful and dedicated stage manager. When not inside dark rooms, Megan could be found outside on her bike appreciating the big and small things in life, or painting, knitting or making delicious wheat-free meals in the kitchen or over a camp stove.

Megan’s life was cut short by melanoma; she died on June 16, 2012, shortly after her 30th birthday. Her prodigious organizational skills were in action to the end—even struggling with the catastrophic effects of the disease and under the influence of heavy pain medications, she kept track of every detail of her own treatment. Meg’s mischievous, irreverent humour and enjoyment of each small pleasure were characteristic of her all her life, and sustained her and her loved ones through her illness. Meg stared terminal cancer in the face and never flinched, and in this—as in so many things—she was inspirational to everyone who knew her.

The Megan Newton Memorial Fund has been set up by Meg’s family and colleagues to honour her spirit and resourcefulness through an award for students in theatre.

Donations may be made to the fund via the Victoria Foundation portal at Canada Helps. Select “Megan Newton Memorial Fund” from the fund designation dropdown box or write the fund’s name in the message box.

Thanks to the Victoria Foundation for allowing us to repost this piece about Megan, which originally appeared on their own blog.