It was a big week for Fine Arts alumni, with all sorts of graduates making the news. First up, congrats go out to the crop of Phoenix Theatre alumni who picked up a handful of awards last weekend: 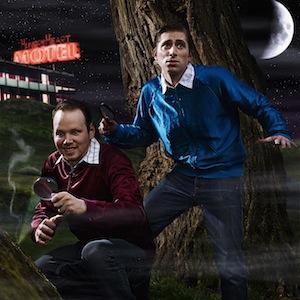 • Comedy duo Peter N’ Chris picked up the Just For Laughs Best English Comedy award at Montreal’s famed Fringe Festival for their 2011 Fringe hit, The Mystery of The Hungry Heart Motel on June 25. If you missed it last year, don’t worry—it’ll be back in October as Phoenix’s Spotlight on Alumni. And Peter N’ Chris are now nominated for a 2012 Canadian Comedy Award for Best Sketch Troupe!

• Atomic Vaudeville’s smash musical comedy Ride The Cyclone just won Outstanding Touring Production at the 2012 Dora Awards in Toronto on June 25. This comes right on the heel of it winning Best Musical and Best Director of a Musical at the Toronto Theatre Critics Awards in May. As previously mentioned in an earlier blog post, Ride The Cyclone features the talents of Phoenix alumni Sarah Jane Pelzer, Rielle Braid, Kholby Wardell and Matthew Coulson, as well as choreographer Treena Stubel and co-director Britt Small (as well as co-creator/co-director Jacob Richmond, who is technically just a “previous student” but we’ll consider him a Phoenix-er). 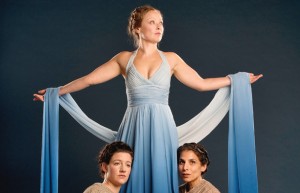 • And while the diminutive Meg Roe may be small in size, she’s big in the talent department, as evidenced by her double win in both the large & small theatre categories at Vancouver’s Jessie Richardson Awards on June 25. Roe picked up a pair of Jessies for her lead role in the Arts Club’s The Penelopiad (large theatre) and for her work in Electric Company’s All the Way Home (small theatre).

In non-theatre related accolades, congratulations go out to Visual Arts MFA Thomas Chisholm, who was recently named one of the 15 finalists for this year’s RBC Canadian Painting Competition. Chisholm’s Interference 1 (2012) marks the second RBC shortlist in a row on which he has appeared. 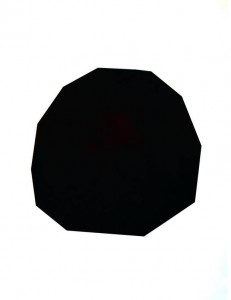 As reported in the Globe and Mail, “the high-contrast Intereference 1 uses spray paints designed for the auto industry, allowing for what Chisholm describes as ‘a smooth reflective surface that highlights small inconsistencies in the support or application of paint.’ Here, the viewer is presented ‘with what appears to be a solid black geometrical shape,’ but the ‘pulsating or bruising out of the space alters’ the viewer’s initial perception of the painting and ‘forces a reinvestigation’ of it. The painting, it turns out, is built from transparent layers of blue and red.”

Finally, it was announced this week that 1997 Fine Arts alum Crystal Przybille had won the national competition to create a series of public art sculptures to celebrate Victoria’s 150th anniversary. Her winning entry, “Hands of Time,” will see 12 bronze sculptures of life-size hands installed at downtown locations this fall. 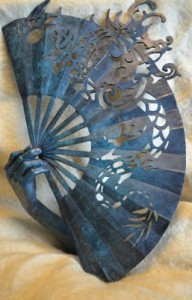 A study for Crystal Przybille’s “Hands of Time”

As reported in the Times Colonist, the now Kelowna-based Przybille‘s three-dimensional hand sculptures “will be engaged in activities related to the city’s history. They will represent various cultures, ages and genders, while telling a story about a downtown location. One pair will carve a cedar canoe paddle, for example. Another will tie a rope to a mooring ring, and another will perform with a Chinese fan.”

Przybille was one of more than 80 artists from across the country who submitted proposals; she was then shortlisted with 15 other artists, from which a final four were asked to submit a more detailed proposal and a maquette; these proposals were then assessed by a jury led by Art Gallery of Greater Victoria director Jon Tupper, who is also chairman of Victoria’s art in public places committee. The artist will receive a budget of $100,000 to complete her 12 sculptures.

Przybille received a BFA with distinction in 1997 and has since studied and practiced art in both Canada and Europe, including residencies in the Netherlands, Nunavut and Kelowna. She has had solo exhibitions at Kelowna’s Alternator gallery and the Vernon Public Art Gallery.