When Senator Nicole Eaton publicly derided the beaver as a “19th-century has-been” late last year, little did she realize she was also justifying the research of graduate student Frances Backhouse. 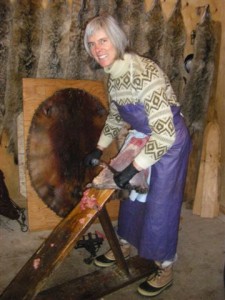 Backhouse, who just received an MFA in Writing for her work on Castor canadensis, well knows why Canadians should give a dam about this hard-working national icon—and why Senator Eaton, who described the beaver as both a “toothy tyrant” and a “dentally defective rat” and called for its replacement by the polar bear as our national symbol, was so off-base with her comments.

“I see the beaver as something where biology and history intersect,” Backhouse explains. “But I didn’t want to write a standard natural history of the beaver; I wanted to get into it more as an iconic animal—so I’m looking at the beaver as a history maker, a landscape shaper and a national symbol.”

No stranger to biology, history or writing, Backhouse already has five books under her belt (including studies of North American woodpeckers and owls) and was the 2010 winner of the City of Victoria Butler Book Prize for her acclaimed work Children of the Klondike. A longtime freelance writer with a zoology degree and a background that includes teaching high school in Africa, Backhouse decided to tackle an MFA for both the immediate learning and future teaching opportunities it presented. “I wanted to be stimulated in new ways, to take my writing in new directions,” she explains, “and one of the appeals of the Writing program here is that it’s multi-genre—so I’d be studying with students and professors who work in other genres, which I really enjoyed.” 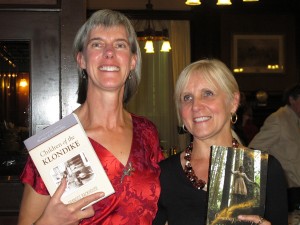 But when it comes to the beaver, Backhouse quickly realized that despite its role in Canadian history, ecology and iconography, the definitive cultural study had yet to be written. “Nobody’s brought it all together,” she says. “We’re so used to them being an icon that we don’t actually give them that much thought. I think we take beavers for granted.” (Stay tuned for her next book, tentatively titled Beaverland: In Search of a Canadian Icon, projected for a spring 2014 completion.)

From a hands-on lesson on how to skin a beaver to on-the-ground research in Alberta and Saskatchewan (as well as a trip to our local Beaver Lake, where, alas, there are no more beavers), Backhouse says one of the tricks has been sifting through the sheer volume of information. “There is actually a lot about beavers scattered between scientific papers, popular history and academic papers, so the challenge has been narrowing it down to what I was actually going to talk about.”

As for the brouhaha with Senator Eaton—which prompted a response by Backhouse in the form of a well-received essay for the online magazine The Tyee—she remains grateful for the opportunity to bite back. “It seemed to hit a note with people,” Backhouse chuckles. “I didn’t hear from her personally, but I gather that once she got this outraged reaction from the public, she just backed right off. For me, it was great affirmation that I’m on the right track with this book.”

Note: this piece originally appeared online for The Ring.