Don’t worry—downtown’s Legacy Art Gallery isn’t getting another facelift. This Transformation is simply a retrospective of works by one of UVic’s honourary degree recipients. 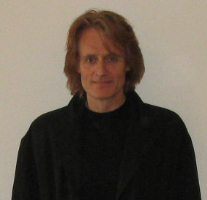 No strange to either local galleries or local stages, Duncan Regehr is one of those rare multifaceted talents who has found success in a number of artistic venues—painting, writing, sculpture and acting. This summer, the Legacy Gallery will honour Regehr with a retrospective of his artistic career to date. (Although somehow we doubt they’ll be showing any of the Star Trek: Deep Space Nine episodes in which the Victoria-raised actor had a recurring role.)

Instead, the exhibit—Transformation: A Retrospective, Works and Writing by Duncan Regehr—will pair both his visual art and poetry as it brings to life this artist’s remarkable investigations of the notions of transformation and metamorphosis. As Legacy states, “His recent series Omiscience, Revenant and Doppelganger reflect a new intensity and scale of Regehr’s reflection on the human experience and bring together the recurring leitmotifs of his work.”

“Through a wide-ranging presentation of media, the viewer will become acquainted with the artist’s working method: to develop a  series of paintings, sculptures, drawings and writings that project and explore a common theme or philosophy. By delving into the collective subconscious and the psyche, Regehr produces images of an intensely personal nature, which invites reciprocal identification by the viewer.” Regehr was awarded an honorary degree from UVic in 2008 for his accomplishments in both theatre and fine arts, and the Legacy Art Gallery is pleased to feature the work of this distinguished honorand.

Over the past 35 years, Regehr has evolved as a prolific multi-media artist of international prominence, with numerous exhibitions in Canada, the USA and Europe. His paintings, sculpture and written works are found in important collections worldwide, including the Smithsonian Institute (USA), the Jilin Collection (China), the Kunsthallen (Copenhagen), Focus on the Masters Archives for the Getty Museum (USA) and the Syllavethy Gallery (Scotland). In 1996 he won the American Vision Award of Distinction in the Arts, and was granted the RCA in the year 2000 by the Royal Canadian Academy of Art for his outstanding artistic achievements. 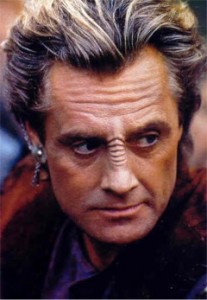 A classically trained actor, Regehr began performing Shakespeare at the age of 15 and has acted in and directed national and international productions for stage, film, radio and television. And if you’re a keen Netflix user, you can probably find some of Regehr’s less gallery-bound TV work on the likes of The New World Zorro (in which he played the swashbuckling title role), Deep Space Nine (where he had a recurring role as Bajoran Minister Shakaar), the original 1980s sci-fi miniseries V, and as the villainous Count Dracula in the under-appreciated kids cult classic The Monster Squad.

But, no question, his gallery work is far more interesting.

Transformation: A Retrospective runs June 13 to August 18 at the Legacy Art Gallery, 630 Yates (on the corner of Broad Street). Gallery hours are 10am to 4pm Wednesday to Saturday, and admission is always free. 250-381-7645.