What’s your preference—college or collage? For two of our Visual Arts profs, the emphasis is definitely on the latter. 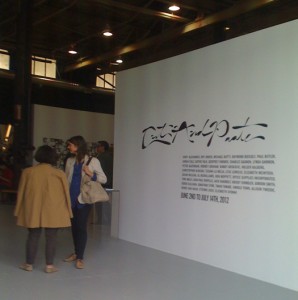 Both photography professor Vikky Alexander and Lynda Gammon, associate professor of drawing, sculpture and installation, are among the more than 30 Canadian artists selected for the new collage exhibition Cut and Paste at Vancouver’s Equinox Project Space. Equinox describes Cut and Paste as a group show featuring artists “whose processes are connected by an impetus to cut, tear, separate, juxtapose, contradict, assemble and reassemble.” 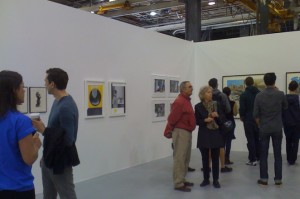 Alexander and Gammon were both at the June 2 opening event, which Gammon said attracted “many, many people—over 400, I would say.”

Alexander’s work in particular caught the eye of Robin Laurence, visual arts reviewer for veteran Vancouver alt-weekly The Georgia Straight. “Smart and visually engaging works by both Alexander and Van Halm reveal a shared interest in critiquing modernist architecture and design,” writes Laurence in a June 5 article. “Alexander has a gift for digitally combining banal patterns and images, often lifted from wall paper, photomurals, and glossy magazines, to invoke the interface between nature and culture. Her imaginary modernist interiors often look out on impossible landscapes such as icebergs or gigantically enlarged, frozen pine trees.” 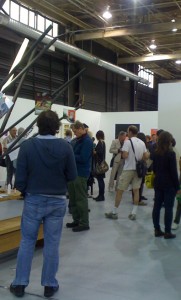 As of September 2012, Equinox Project Space will be the new home of Equinox Gallery, which was established back in 1972 and has been a Vancouver institution ever since. (This will be Equinox’s third move, following its original space on Robson Street and its current South Granville location.) Equinox Gallery has long been committed to presenting the work of local and Canadian artists in the context of an international program.

Gammon notes that Equinox’s new home is a former Finning Tractor machine shop at 525 Great Northern Way (between Main Street and Clark Avenue in East Vancouver)‚ which features over 12,000 square feet of exhibition space. “It is a pretty amazing space for showing art,” she says. 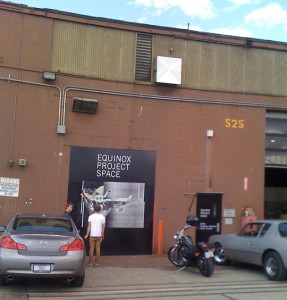 As the Straight‘s Laurence notes, “the show invites us to examine contemporary uses of what was once a breakthrough medium championed by the early modernists . . . . Given its location, this exhibition also provokes thought about the shifting nature of curation. The strikingly large Equinox Project Space, located on industrial land off Great Northern Way, reminds us that commercial galleries (and sometimes private collectors) are playing an ever greater role in shaping our experience of contemporary art.”

Cut and Paste runs to July 14.

All photos by Lynda Gammon