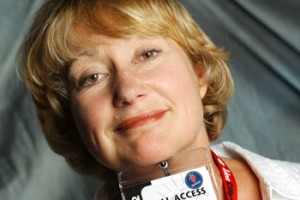 No stranger to controversy: Margaret Wente

An interesting brouhaha has erupted on the Globe and Mail‘s website, following Margaret Wente’s May 15 column “Educated for unemployment.” The award-winning columnist is no stranger to controversy and regularly opines about the state of education, health care, business and social issues—but it’s her only slightly tongue-in-cheek letter to the Class of 2012 that has raised the ire of many. Here’s an excerpt:

“Congratulations! You’ve made it. After four years of post-secondary education, you now have a piece of paper suitable for framing, plus $27,889 in debt (give or take). You’ll land a job, eventually. But your paycheque may not go far, especially after the $373 you’ll be deducting every month for the next 10 years to pay back your student loans.

“I hate to say this, but if your degree is in sociology, psych, art history or much else on the soft side, you are a dime a dozen. Have you heard of supply and demand? Sorry! You’re on the wrong side of the equation . . . . Most of our universities—the ‘soft’ side, at any rate—are proudly disconnected from the job market. Our faculties of liberal arts and humanities believe that issues such as ‘relevance’ and ’employability’ are, quite frankly, crass. The purpose of a university education is to cultivate critical thinking, not to churn out robotic, compliant workers for the postindustrial capitalist state.”

(There’s more, of course, including some skewering of journalism schools that refuse to acknowledge the shifting media landscape, but be sure to read her entire column before letting fingers fly with your own comments.) 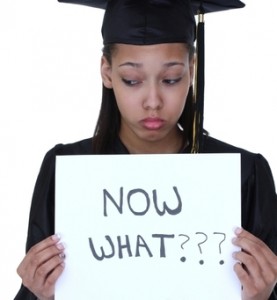 As of this post, some 656 people have registered comments on the story—some supporting her view, others challenging it—and the May 16 Globe carried two notable letters to the editor about it under the heading, “21st-century arts grads”. The first is from Mark Blagrave, Dean of Huron University College’s Faculty of Arts and Social Science, who writes,

“I wish I had thought to invite Margaret Wente to a session we held this month at Huron University College. Two dozen business and not-for-profit leaders in London, Ont., met with faculty members from Huron to map the competencies needed for real-life, on-the job situations onto classroom activities and assignments at our liberal arts university.

“It turned out that critical thinking, problem solving, research skills, empathy, intercultural understanding, a sense of audience, an understanding of policy and decision-making, collaboration and excellent communication skillsall come in pretty handy in any job you can think of. Far from shrinking from challenges of ‘relevance’ and ’employability,’ Canada’s small liberal arts institutions continue to prepare, and to re-examine how they prepare, graduates for life and leadership and jobs in the 21st century.”

The second is from UVic’s own Jamie Cassels, professor of law and former Vice-President Academic and Provost, and Tony Eder, director of the Department of Institutional Planning & Analysis:

“Margaret Wente repeats the oft-stated ‘fact’ that average student debt on graduation is over $27,000. The most authoritative analysis of student financial information is from the Canadian Undergraduate Survey Consortium. Its most recent report shows that while 58 per cent of undergraduate students graduate with average debt from all sources of $26,680, the remaining 42 per cent graduate debt free. The report states that average debt of all graduates is about $15,500, and more than half of university students graduate with debt of less than $7,000.Incidentally, this same report also showed high levels of student satisfaction with their education.”

Most interesting, and totally unstated by Wente, is the fact that she holds an MA in English from the University of Toronto. Wonder if that one came with built-in job prospects . . .