How can you be a good person in an imperfect world? What does it mean to be “pretty”? Why does it matter what others think? What is the meaning of life . . . and what does have to do with the love of a good dog? And what do you learn about your best friend when there’s a psychotic killer chasing you?

The Department of Theatre ponders the serious—and maybe not-so-serious—questions about life in their 2012-13 Phoenix season through comedy, parable, drama and song. “We’re giving the Philosophy department a run for their money,” jokes department Chair Warwick Dobson. “But in all honesty, I think we’ve programmed a varied, engaging and exciting season that reflects the diversity that the Phoenix is known for, one where we can give our students experience in several genres of theatre—from a classic Brecht play, to a contemporary drama, to a Broadway musical.” 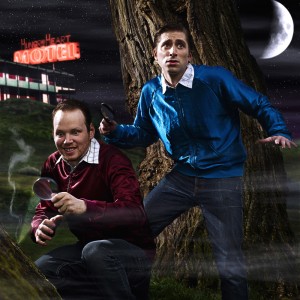 Each year, the season begins with the department’s annual Spotlight on Alumni that welcomes theatre graduates back to the stages of the Phoenix Theatre to present their current work. Chris Wilson and Peter Carlone became good friends over their four years at the department; since graduating in 2008, the pair have morphed into Peter N’ Chris, the dynamic duo who toured across North America, winning awards and acclaim at Fringe Festivals, SketchFests, Just for Laughs and Second City. Their unique brand of physical comedy really stretches reality, literally saving the world (in Peter N’ Chris Save the World) or just learning how to pay the rent (the original Peter N’ Chris). Now they take on a psycho-killer and the entire “whodunit” detective story genre in The Mystery of the Hungry Heart Motel, which runs from October 11-20.

Then from November 8-24, movement instructor and faculty member Conrad Alexandrowicz brings Bertolt Brecht’s famous parable play Good Person of Setzuan into the present by setting it in modern-day industrial China. Alexandrowicz, also the Artistic Director of Wild Excursions Performance, last directed the much-acclaimed version of La Ronde in 2009 for the department. “I’m curious to see how the philosophical questions and moral lessons of Brecht’s original will translate to a world that has grown more thoroughly corporatized and materialistic than that of his day,” says Alexandrowicz.

In the spring of 2013, the Phoenix Theatre looks into the effects on our self-esteem of living in a beauty-obsessed world in Neil LaBute’s Tony Award-nominated play Reasons to be Pretty. Directed by MFA candidate Christine Willes and running February 14-23, the play tells the story of four friends and lovers whose cutting and often cruel remarks change the nature of their relationships and asks why do we care so much what theythink? 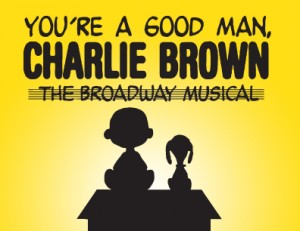 The season closes March 14-23, 2013 with the Broadway musical and Grammy winner for Best Musical Show Album (twice!) You’re a Good Man, Charlie Brown (Revised), directed by faculty member Fran Gebhard, whose previous Phoenix shows include The Marowitz Hamlet, Wreckage, The School for Scandal and Crackpot. An ode to the loveable gang in Charles M. Schulz’s “Peanuts”, this super fun family musical is also playing at the Stratford Festival this summer. It follows a day-in-the-life of the favorite purveyor of “Good Grief!” and his trusty dog Snoopy as they ponder the meaning of life and what it means to be good. “We’ll end the year with a bang and let these students really show us what they can do,” says Gebhard

Subscriptions for the 2012/13 season are now available for as little as $36 for 3 mainstage shows. Details about the season as well as subscription information are available online or order through the Phoenix Box Office or by calling 250-721-8000.