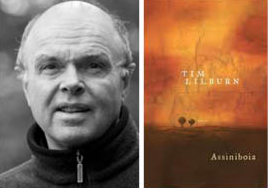 A richly textured imagining of a Western Canada that could have been, Assiniboia is not intended to be a literal interpretation of Riel’s story. Instead, Assiniboia envisions a new land of western mysticism, where the land and people speak as a kind of ghostly army bent on overturning more than a century of colonial practice.

“My work is preoccupied by Riel’s vision, his idea of a political community that was mixed race, polyglot, indigenous and visionary,” says Lilburn. “I think Riel is a very important political figure now—he represents a vision for Western Canada that is quite oppositional to our current version, which is a source of extractive industry, more or less racially homogenous, unilingual and non-visionary.” 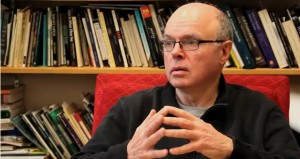 Assiniboia also breaks new formal ground in Canadian poetry by employing theatrical and operatic techniques in the text—including a masque and a pair of choral performances—which will be brought to life by multiple poets reading at the book’s Victoria launch. Learn a bit more about the idea behind the book in this video clip shot on campus in Lilburn’s office.

Amy Smart of the local Times Colonist spoke to Lilburn in this article, where he talked about the musical aspects of the work. “I think that poetry arises out of ritual speech and ceremony and I’m quite keen in this book to see if I can pull my work back to that original source,” he told Smart. “And because this is a political work and this is an attempt to reimagine a different Western Canada than the one we have now—extractive, exploitive—I’m interested in the possibility of transformation. And I think it’s there in performance. I think it’s there for work on the page, but I think it’s even more there if that work actually lifts off the page and gets into people’s mouths and bodies and movements.”

The author of eight previous books of poetry and two essay collections, Lilburn has been nominated for the Governor General’s Award in Literature twice: in 1989, for Tourist to Ecstasy, and again in 2003, when he received the award for Kill-site. In addition, Lilburn’s work has received the Canadian Authors Association Award, the Saskatchewan Book of the Year Award, and the Saskatchewan Nonfiction Award. His work has been widely anthologized, and translated into French, Chinese, Serbian, German and Polish.

Assiniboia launches at 7:30pm Tuesday, March 27, at Intrepid Theatre, #2-1609 Blanshard. Free and open to the public.