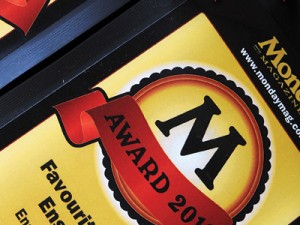 Nope, this isn’t an advance call for the upcoming fall elections, nor is it a roundup of the Super Tuesday results from south of the border. It’s simply time once again for Monday Magazine‘s annual M Awards—where a healthy crop of UVic talent can again be found among the nominees.

Deadline for voting is 5 pm Friday, March 23, and you can vote either by picking up a copy of the paper, filling out the ballot and then returning it, or by using the infinitely quicker online ballot. Winners will be announced in April 26 issue of Monday Magazine.

Here are the relevant nominees and their categories, with some UVic-affiliated alternative choices: 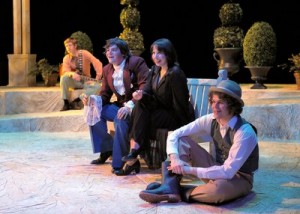 He said, she said: Price vs. Edugyan—the literary battle that had to happen!

• Favourite Book of Poetry
Apologetic — Carla Funk
Small Mechanics — Lorna Crozier
(Oooh, a departmental showdown! How nervewracking!)
Just a reminder that any nominated individuals must live in Greater Victoria—or have lived here for part of 2011—and performances/shows/events must have taken place in Greater Victoria in 2011. For publications and recordings, publisher/label can be outside Victoria, but writer/artist must be from Greater Victoria and the work issued in 2011.