A Taste of SALT 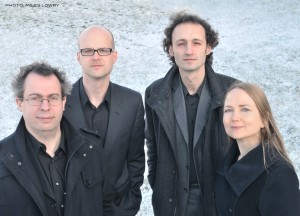 If your musical taste is feeling a little bland these days, spice things up with the second annual SALT Festival on March 2nd and 3rd. An innovative and edgy two-day sampling of contemporary new music that brings together Canadian and international artists at both UVic and Open Space, SALT is, in the words of festival co-creator Dániel Péter Biró, “A whole series of great possibilities—and it’s all new music.”

Day one of SALT will see the University of Victoria Orchestra, under the direction of Ajtony Csaba, join forces with Europe’s acclaimed Ensemble Nikel to present the world premiere of Lovely Monster Reloaded by Bernhard Gander, and the North American premiere of Chaya Czernowin’s Zohar Iver (Blind Radiance)—a concerto for Ensemble Nikel (saxophone, electric guitar, piano and percussion) and orchestra. This Friday night performance at the University Centre Farquhar Auditorium will also feature the music of Bach (Suite in B-minor BWV 1067) and Benjamin Britten. (The Young Person’s Guide to the Orchestra). 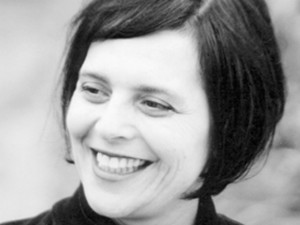 “This shows how SALT has already become an international event,” says Biró, associate professor in composition and music theory for the School of Music. “Chaya Czernowin is one of the most prominent composers in the world; she’s professor for composition at Harvard, and her pieces are played everywhere from the Salzburger Festspiele to New York’s Merkin Hall. She’ll be giving a public lecture and a master class for the students while she’s here. We’re lucky we can make this happen.” 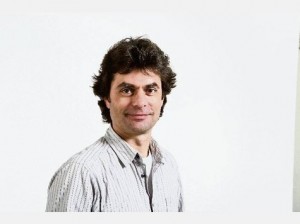 Moving down to Open Space on Saturday, SALT day two will feature the Tsilumos Ensemble (with UVic’s own Joanna Hood, Csaba and Biró, as well as Kris Covlin), plus Ensemble Nikel, celebrated Victoria pianist Tzenka Dianova, and Germany’s Olaf Tzschoppe—a member of Les Percussions de Strassburg and one of the greatest percussionists in the world.  “He’ll be presenting a solo recital, including a piece for speaking percussionists,” Biró says of Tzschoppe. “I’ve heard him play it and it’s amazing—he speaks a French text and plays on a Moroccan drum simultaneously, and it has a lot of theatrical elements.”

Exciting and innovative, SALT promises two days of new music not to be missed. And no, the festival name isn’t an acronym, but a reference to the actual mineral. “Salt is necessary not only for taste but for survival,” chuckles Biró. “So think of that in the aesthetic realm: it’s a matter of taste, but we do need it for our own survival.”

When asked about the origins of the festival, Biró says it goes back to a conversation between him and Csaba, conductor of the UVic Orchestra. “We thought there needs to be more new music, and a more strategic effort to play technically challenging and innovative new music,” he says. “As a composer and performer of new music, I specialize in music that is innovative, has a diversity of musical language, explores new musical experiences and new technical problems or possibilities. That’s my area of research.”

And is the School of Music known for its new music content? “UVic has always had a very strong new music component and has been known throughout Canada for that—but what’s exciting now is that it’s also being expressed in the orchestra. For example, I don’t think there’s another student orchestra in North America that would be presenting a world premiere and North American premiere of two very important living composers in one  concert,” says Biró. “They are being taught these skills that normally specialized orchestras might have—and most of those are in European countries. And the students get excited about it because it has to do with their own time, and not only music from 150 years ago.“

Does that mean it needs a different skill set for the musicians? “Definitely. In Chaya Czernowin’s piece, for example, a major element is extended timbre and noise; sometimes she works with the orchestra almost like it’s a sonorous landscape—it’s no longer just a body that can play harmonically, but it can actually present new realities of sound production. But in order to do that, the students have to learn new techniques on their instruments.”

This means the audience itself has to stretch a bit, says Biró. “In the same way that one goes to a museum and sees a Gerhard Richter painting next to a Rembrand, one then not only sees a historical connection but also a disconnection, or what’s changed. It’s the comparison that helps the audience see what the actual musical artwork is.”

He also notes the importance of the opportunity for UVic students to work with the professional Nikel Ensemble in a “concerto-type situation”. “As an up-and-coming new music ensemble, they’re not much older than the students themselves but are already quite prominent—so they can actually be role models for the students.”

Biró also credits SALT’s sponsors for making it all happen: UVic and Open Space, but especially the Ernst von Siemens Music Foundation in Switzerland. “All of this was made possible because we have actually been granted five commissions by the Siemens Foundation, one of the biggest contemporary music supporters in the world.” (Two of those commissions will be performed this year, with the other three at SALT 2013.)

Ultimately, Biró invites audiences to stretch their musical boundaries with a sampling of SALT. “Some of it may be unusual and perhaps even exotic for the listeners, but it will definitely engage them.”