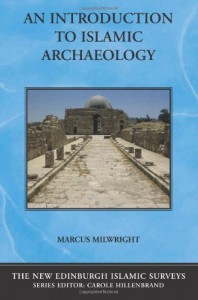 An Introduction to Islamic Archaeology by History in Art associate professor Marcus Milwright has been named an Outstanding Academic Title of 2011 by Choice magazine. “An outstanding introduction that can be read with profit by general readers as well as professionals,” the listing notes. “Highly Recommended.”

Each January, Choice: Current Reviews for Academic Libraries publishes a list of Outstanding Academic Titles they have reviewed during the previous calendar year. That selective and prestigious list—about 10 percent of some 7,000 works reviewed annually—reflects the best in scholarly titles, and brings with it the extraordinary recognition of the academic library community. More than 35,000 librarians, faculty and key decision-makers rely on Choice magazine and Choice Reviews Online for collection development and scholarly research.

Milwright’s An Introduction to Islamic Archaeology (Edinburgh University Press, 2010) was reviewed by C. C. Lamberg-Karlovsky of Harvard University, the full review of which follows:

“Outstanding Title! This volume stands alone as a readily accessible, authoritative work on the archaeology of Islam. Milwright (history of art [sic], Univ. of Victoria, British Columbia) fully reviews the continuity of early Islam and late antiquity, the methodological and theoretical concerns of Islamic archaeology, and the important contributions made by the field. Individual chapters detail the archaeological recovery of important cities; their significant remains, i.e., households, palaces, and mosques; the landscape and cultural relations that wed the countryside to the city; the nature of the crafts recovered from excavations; and the nature of trade and communication within the Islamic world. Photos, architectural plans, and line drawings amply illustrate each topic. The evolution of mosques, mosaics, and pottery are among a few of the topics discussed within the context of their historical development. The author uses the archaeological evidence to provide credible interpretations of the early Islamic economic, political, and social worlds, including religious beliefs. A concluding chapter successfully relates the “post-medieval” world to the concerns of more recent times. An outstanding introduction that can be read with profit by general readers as well as professionals. Summing Up: Highly recommended. All levels/libraries.”

Choice editors base their selections on the reviewer’s evaluation of the work, the editor’s knowledge of the field and the reviewer’s record. In order to make the Outstanding Academic Title list, the editors apply several criteria to reviewed titles: 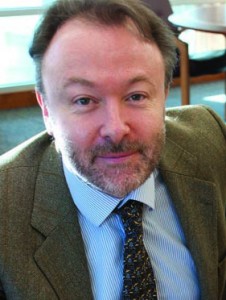 Given the criteria, it’s clearly outstanding that his book has been included in the 2011 list.

In other MIlwright news, the director of UVic’s Medieval Studies program and associate professor of Islamic Art and Archaeology has also been invited to speak at an international conference devoted to the Hajj, running March 22-24 at the British Museum. “The British Museum has a major exhibition on the history and culture of this Muslim pilgrimage,” says Milwright, “and the conference is associated with it.”

Speaking on the topic of “Trade and the Hajj: Archaeological and Historical Perspectives,” Milwright offers this abstract of his upcoming talk:

“Prior to the advent of mass air travel, Muslims performing the pilgrimage to the Holy Cities of Mecca and Medina were faced with long, expensive and often physically arduous journeys by land and sea. The annual movement of large numbers of Muslims along both roads and sea routes naturally brought with it significant economic considerations. Most important was the supply of water and foodstuffs to pilgrims. This paper reviews the evidence for the varied mercantile activity associated with the hajj, with a particular emphasis upon the Mamluk (1260-1516) and Ottoman (1516-1918) periods in Greater Syria. The paper looks at what can be gathered about this trade through the analysis of primary documents (including chronicles, travellers’ accounts, geographical encyclopaedias, and probate inventories) and the data provided by excavations and archaeological surveys. The final part reviews the descriptions in a late nineteenth-century dictionary of the crafts of Damascus (Qamus al-Sina‘at al-Shamiyya) of the commercial activities engaged in supplying the hajj.”

For those keeping up with Milwright’s globetrotting, his London excursion is happening just a few weeks in advance of his April residency at the Shangri La Centre for Islamic Arts and Cultures in Honolulu. Send us a postcard, Marcus!