Ready for the Spotlight? 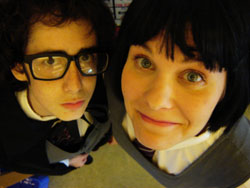 Okay, pop quiz time! What do the following recent Phoenix Theatre productions have in common: Love Kills, Death of a Clown, The Josephine Knot, Legoland and The Ugly Duchess? If your guess was that they all starred Phoenix talent, well, you’re technically right—but the correct answer is, they were all featured in the annual Spotlight on Alumni showcase.

Sure, they did feature some of the outstanding creative and performing talent Department of Theatre has produced over the years—thus the “alumni” needed for the spotlight—but they were also all shows that deserved to be seen by wider audiences. Whether highlighting the works of directors like Clayton Jevne (Love Kills) and Britt Small (Legoland), playwrights Janet Munsil (Duchess), Meg Braem (Knot) and Sebastien Archibald (Clown), or actors Celine Stubel and Amitai Marmorstein (Legoland), Laura Harris (Knot), Paul Terry (Duchess), Cam Culham and Marina Lagacé (Love Kills), and Cameron Anderson, Chris Wilson and Colby Wilson (Clown), the annual Spotlight on Alumni gives both audiences and students a chance to appreciate the ever-growing talent emerging from the Phoenix. 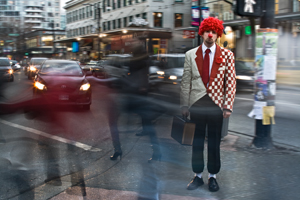 Sebastien Archibald in 2010’s Death of a Clown

With that in mind, the Phoenix is proud to invite its alumni to submit for the upcoming 2012/ 2013 Spotlight on Alumni—which will form part of UVic’s 50th Anniversary season. (Proposals that consider themes related to the 50th anniversary are encouraged.) If you’re alumni and are considering applying, your show must meet the following criteria:
• A production that is full-length and fully produced (minimum 90 minutes)
• Availability for approximately 11 public performances in October 2012 (dates determined by department)
• A production where minimal scenery installation time is required (this production will take place in the Roger Bishop Theatre)
• The production can be new or previously produced (please include previous production history)
• Creative team/cast must consist of at least 60 percent department alumni (please provide names and graduation years)
• Please include the script, if available, and other available materials (photographs, video, posters, programmes, reviews, etc.)
• Alumni/producers are responsible for all creative roles (but a stage crew and operators can be provided for the production by the department) 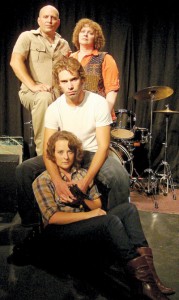 Also, please note there is a $6,000 fee (including travel and accommodation) available for the succesful alumni group or individual

Submissions will be returned in March 2013 if a self-addressed stamped envelope is enclosed.