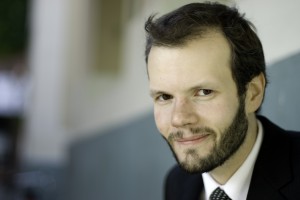 Just because investigative journalist and Writing instructor Sean Holman has shut down daily operations at his Public Eye Online blog doesn’t mean he’s any less in the spotlight. In addition to his duties as UVic’s acting Director of Professional Writing and his weekly CFAX political show, Public Eye Radio, Holman will also be a guest speaker at BC’s First Conversation on Lobbying in Vancouver on December 2.

Titled “Why the Road Exists and Where the Rubber Hits it,” Holman will be part of the panel discussion, “Lobbyists Code of Conduct: Necessary, Nice to Have, or Overkill?” Moderated by Michael McEvoy, senior adjudicator of the Office of the Information and Privacy Commissioner, Holman will be joined by fellow panelists John Langford (of UVic’s School of Public Administration), Elizabeth Denham (BC’s Registrar of Lobbyists) and Elizabeth Roscoe (National Service Leader, Public Affairs, Ottawa’s Hill & Knowlton). Too bad he won’t be on the same panel as former Minister of Public Safety, Stockwell Day (appearing here as president of his own lobbying group, Stockwell Day Connex)—now, that would be a session worth seeing!

With other panels focusing on recognizing lobbying when you see it, the “cooling-off” period between holding public office and becoming a private lobbyist, keeping lobbyist information current, and the difficulties of compliance and enforcement rules, this Conversation on Lobbying promises to be both fascinating and relevant . . . and right up Holman’s alley. (For more information and registration, see the above link.)

And in other Holman news, he’ll also be speaking about investigative journalism at the upcoming Canadian University Press national conference, hosted by UVic’s Martlet and Camosun College’s Nexus newspapers, happening here in Victoria on January 13, 2012. Plus, he’ll be judging the Canadian University Press’s JHM News Writing Award, alongside Lindsay Kines of the Times Colonist and Tim Bousquet, news editor for Halifax’s alternative weekly The Coast.