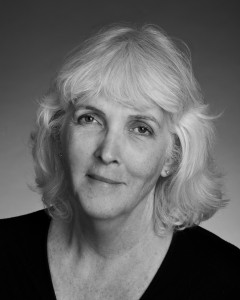 Acclaimed Canadian playwright and acting Department of Writing chair Joan MacLeod has won the 2011 Siminovitch Prize in Theatre. With a prize of $100,000, the Siminovitch is Canada’s richest theatre award.

“For well over a decade now my time to write has been steadily diminishing,” says MacLeod. “The Siminovitch award changes all that. What a generous and perfect gift. What a great reminder of what drew me to writing in the first place—there is joy to be found in creating a piece of writing.”

The Vancouver born-and-raised MacLeod is the author of nine plays, including such beloved works as The Shape Of A Girl, Amigo’s Blue Guitar, Homechild and Toronto, Mississippi. The Tarragon Theatre production of her latest play, Another Home Invasion, is currently on a national tour, and The Shape of a Girl has been produced continuously since its 2001 premiere. MacLeod’s plays have been translated into eight languages and she has received numerous awards, including the Governor General’s Award for Drama and two Chalmers Canadian Play Awards; this is her second time on the Siminovitch list, following her nomination in 2005. MacLeod also graduated from UVic’s Department of Writing in 1978—where she has taught since 2004.

“The jury wanted to recognize Joan’s unique voice, her masterful storytelling and the impact that her work has had among audiences in Canada and beyond,” noted jury chair Maureen Labonté, “Joan is a master of expressing the profoundest human emotions, putting to paper the vulnerability, the compassion, the weaknesses and strengths of the human spirit. Moreover, as a teacher, mentor and role model, she has no doubt inspired a generation of new Canadian theatre artists.” 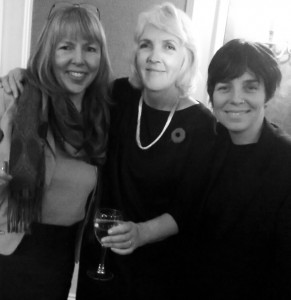 But while MacLeod may be cutting back on her teaching duties in the near future, don’t count her out of the department anytime soon. “It’s a very rewarding job,” she told the Globe and Mail about her position at UVic. “I love my students and I’m honoured that the teaching part of me is also part of this award.”

One unique aspect of the Siminovitch Prize is its designation of a $25,000 protégé award; MacLeod has chosen Toronto playwright Anusree Roy as her protégé, whose plays Brothel #9 and Pyassa have each won a Dora Award for Outstanding New Play.

Media coverage of MacLeod’s win has been brisk, with noticeable features in the Globe and Mail (“I’m so far from being the bright new thing, so it just feels great to be celebrated like this. It’s not something that happens often at this point in someone’s career.”), MacLean’s magazine (“”This is the big one. For a playwright in this country, it really doesn’t get better than this and it isn’t anything that I had imagined.”), CBC, the Vancouver Sun and the front page of the local Times Colonist.

MacLeod also offered praise for her days as a student in UVic’s Department of Writing: “They believed in my voice and thought I had talent,” she told the TC’s Adrian Chamberlain. “That really meant a lot to me.”