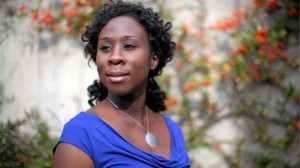 Will theatre prof Brian Richmond be the People’s choice?

Phoenix Theatre professor Brian Richmond has been nominated for the People’s Order of British Columbia, a grassroots initiative spearheaded by scrappy online magazine, The Tyee. And while Richmond has done admirable work as part of UVic’s theatre faculty, it’s his brainchild Blue Bridge Repertory Theatre Company that earned him the nod.

Here’s the nomination wording as found on the Tyee: “A few years ago, Brian Richmond decided Victoria, B.C. could support a repertory theatre company. His Blue Bridge Repertory Theatre Company has proven with three seasons of highly successful and professional productions that it was a brilliant idea . . . Blue Bridge is [now] heading into its fourth year. There is, of course, some doubt that such a theatre can continue to produce the highest calibre productions owing to an absolute lack of government funding. For his part, Brian Richmond has put his career on the line . . . in support of his dream. Every year he directs at least one play and ensures that young 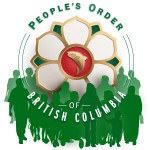 actors are mentored and given a chance to prove themselves. This committed, industrious and talented man fully deserves to hold the honour of People’s Order of British Columbia.”

Visit the Tyee’s People’s Order of British Columbia page to get the full scoop on how to vote for Brian, and to see the 20 other nominees.

Jack Hodgins has another Happy Ending 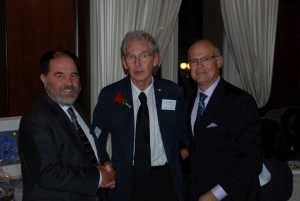 Also among the nominees were UVic Writing instructors Carla Funk and Stephen Hume.

This year’s prize jurors included writer Theresa Kishkan, bookseller Cathy Sorensen and librarian Avi Silberstein; in their citation, the jurors’ noted, “The Master of Happy Endings is an exuberant novel about the power of narrative to serve as a compass for human odysseys. Hodgins’ story is as much about the terrain of the heart and spirit as it is about the physical world and he moves confidently from one to the other, his literary skill in service to his rich imagination.”

Jack Hodgins was raised on Vancouver Island and only recently retired from teaching fiction at UVic. He has written seven other novels and three story collections, and is the winner of the Governor General’s Award, the Canada-Australia Prize, the Commonwealth Prize and the Ethel Wilson Fiction Prize. He was also appointed to the Order of Canada in 2009.

Past Department of Writing winners include current MFA candidate Frances Backhouse for Children of the Klondike (2010), Patrick Lane for Red Dog, Red Dog (2009) and Bill Gaston for Gargoyles (2007). Numerous Writing faculty members can also be found among the nominees each year.

The Science of Sound 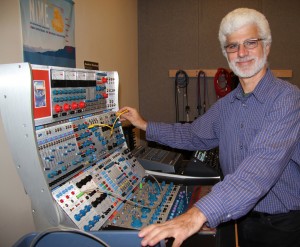 If you tweak it, they will come. That was the thinking behind the creation of the combined Music and Computer Science degree program five years ago. “I’ve taught courses in music technology since I came to UVic in 1990,” says program co-creator Andrew Schloss. “We used to get emails asking, ‘Is there any way I can study music technology?’ and I’d have to say, ‘Not exactly—you could take these courses in music and these courses in engineering,’ and so on. We created this program because we saw a need, and it’s been a smashing success.”

Originally created by Schloss—who specializes in computer research in music and acoustics—and electrical and computer engineering professor Peter Driessen, the teaching faculty has doubled since 2006, thanks to the addition of audio engineer Kirk McNally and musician and computer scientist George Tzanetakis. Now boasting 40 students, it’s clear the program was ahead of its time. “At first, people just didn’t get it—it was outside their experience,” recalls Schloss. “We worked really hard to convince everyone—including our colleagues—that we should do this; now everybody uses iPods and iPhones, everyone looks up songs on the web, so everybody understands.”

No surprise there. Once the sole interest of tech geeks and audio cliques, the digital revolution forever changed how the two fields relate. From recording technology and computerized instruments to creating audio for video games and platforms for delivery, music and computers have now been irrevocably fused. “All music is in the clouds,” says Schloss. “There’s tremendous effort being made to figure out how to access it, transmit it and create it. Computer science and music are one of the most natural combinations.”

Schloss should know. As a percussionist and electronic musician, he’s a virtuoso on a new instrument called the radiodrum and has played alongside the famed likes of Ricki Lee Jones, Joe Jackson, Tito Puente and Hilario Durán, as well as sound pioneers Trimpin and Leon Theremin. Schloss also received a SSHRC Research/Creation Grant in Fine Arts (along with Driessen and Tzanetakis) in 2011, and is one of the scientists featured in BC’s Year of Science initiative.

“There are so many young people now who love music, and this is a highly employable area,” says Schloss, noting the proliferation of smart phones has also increased employment options. “Telephony, data, speech and music are all mixed up now, so there’s a need for people to do all kinds of things with speech. This program allows people who love music to actually study something that will lead them to good and interesting employment.”

But it’s not just about music. Schloss notes the importance of sound in video games (“The more sophisticated games get, the more they want high-quality audio—and that even includes things like reverberation inside caves, for example”) and how Tzanetakis’ own research into music information retrieval can not only be used for search-and-discovery music apps like SoundHound, but also for more surprising bioacoustic applications. “Using the machine-learning techniques that George teaches, we have several students working on finding and identifying whale songs, which is kind of cool. So, beyond music, there are a lot of things that are scientific and creative.”

One of the most interesting of all the various computer science initiatives on campus right now, Schloss sees big things ahead for the combined Music and Computer Science program. “It’s a pretty big now, and it’s getting more popular. We’re turning people away.” 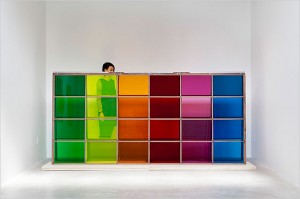 Robert Youds is getting juiced. His new exhibit, Turn On Your Electric, is on now at Toronto’s Diaz Contemporary gallery.

Youds, a leading practitioner of light-based art, is also a professor of painting in UVic’s Visual Arts department. This is his third exhibition with Diaz Contemporary; it includes new sculptures and paintings that demonstrate his ongoing interest in colour and light as apparatus with which to experience perceptual and atmospheric conditions related to the human, contemporary, and urban realm. Be sure to check out these 11 images from the exhibition.

Originally positioned as a painter, by the mid-90s the Victoria-based Youds shifted his practice of translating light and colour to what he describes as “light paintings.” His large three-dimensional works, while maintaining a playful edge, absorb the viewer into meditative ruminations. Aglow with colour, they are assemblages on a human scale that take an initial attraction and hold it until it becomes an extended philosophic moment. The artist layers light and matter to create experiments in perception and transparency.

As noted in the exhibit’s press release, Youds describes his practice as involving the use of “what can be defined as an abstract vocabulary to explore existential concerns. At the core of this goal is always the desire to cultivate a condition that induces individualized feelings in the mind and body of the beholder.” He finds parallels between his work and paintings and sculptures from the early 20th century, particularly certain futurist works, early protopop art, and other visual expressions rooted in urban life, such as Edward Hopper’s “Nighthawks.” Youds writes that in these works he finds “a persistent form of energy that powerfully underscores the almost tangible, yet subjective, urban condition. My most recent structures, both the sculptures and paintings, also share these human states.”

Robert Youds completed his MFA with York University and holds a BFA from UVic. Recent solo shows include: Another Appearance Made Visible in LOLA in London, ON; Time Must Have a Stop (or look out your window) at the Ministry of Casual Living in Victoria; and beautifulbeautiful artificial field at the Art Gallery of Greater Victoria. Selected group shows include: It is What It Is at the National Gallery of Canada; PAINT: a psychedelic primer at the Vancouver Art Gallery; and The Shape of Colour: Excursions in Colour Field Art 1950-2005, at the Art Gallery of Ontario.

And, until October 29, Youds can also be seen at Winchester Galleries on Humboldt, as part of an exhibit featuring iconic retired UVic Visual Arts professor Mowry Baden.