Terry Glavin writes from the shadows of Afghanistan 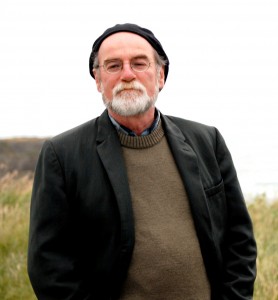 When it comes to his experiences in Afghanistan, acclaimed writer Terry Glavin is characteristically blunt. “In my own working life, I have never encountered such a deep and dark gulf between the real world and the way that world, and the war there, appears in the media.”

The winner of more than a dozen literary and journalism awards, Glavin has been hailed as “one of the finest journalists writing anywhere in the English language.” As UVic’s fifth annual Harvey Stevenson Southam Lecturer in Journalism and Nonfiction, Glavin will explore our need to understand the world through narratives, discuss the enduring value of true stories and launch his seventh book, Come From the Shadows: The Long and Lonely Struggle for Peace in Afghanistan (Douglas & McIntyre), at a free public lecture, Oct. 19 at 7 p.m. in room A240 of the Human & Social Development Building.

Glavin is also sharing his personal experiences with Afghanistan and a shifting media landscape with UVic students this year. His lecture and discussion course, “Orwell and Everything After,” explores what he deems “a disorienting time of social, geopolitical and economic upheaval”—but far from describing the era of George Orwell (1984, Animal Farm), he’s actually referring to the world today.

“Today’s revolutionary transition from analog to digital media is as epochal to the way we communicate ideas, stories and report ‘news’ as yesterday’s transition from an oral to a written-word culture,” explains Glavin. “But what has endured is our continuing evolution as a species that comprehends and explains the world through narrative . . . what also appears likely to endure is the value most people place on true stories.”

His latest book, Come From The Shadows, reflects his disturbing observations in that war-torn country. “I have always been drawn to those stories that present anomalous and unaccountable distances between the real world and its depiction and representation in the media,” he says. “When you discover those yawning chasms, you look for the reasons, and that’s where you’ll find the most overlooked, most interesting, most dangerous and most important stories.  It’s why I had to go to Afghansitan—and go back again and again and again.” 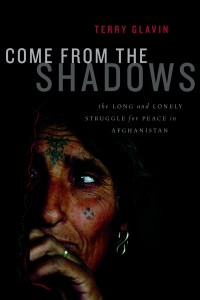 Terry Glavin has been hailed as “one of the finest journalists writing anywhere in the English language.” The author of six books and co-author of four others, he has been a reporter, editor and columnist for the Vancouver Sun and The Globe and Mail; his cultural criticism, science and travel writing have appeared in magazines across the country, and he has won more than a dozen literary and journalism awards, including the 2009 Lieutenant-Governor’s Award for Literary Excellence in BC. Glavin is also a co-founder of the Canada-Afghanistan Solidarity Committee and the National Post called him “one of Canada’s leading voices in support of our Afghanistan campaign.”

The annual Harvey Stevenson Southam lectureship is made possible by a $250,000 gift from one of the country’s leading publishing families. Harvey Southam, a UVic alumnus and journalist, was heir to his family’s publishing empire when he died suddenly in 1991.