Appetite for the Stage 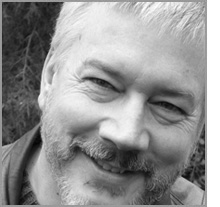 Department of Writing chair and celebrated author Bill Gaston has now adapted his acclaimed short story “Mount Appetite” for the stage, in partnership with his wife, fellow novelist Dede Crane. The solo show Mount Appetite was recently presented as a staged reading at the 2011 edition of the Belfry Theatre’s annual Spark Festival, as directed by David Ferry and performed by Theatre SKAM artistic producer Matthew Payne, both UVic alumni. This is the second play for Gaston, who also penned 1994’s Yardsale. Mount Appetite, the original collection of short stories, was nominated for the 2002 Giller Prize.
And in other Gaston news, the 2007 City of Victoria Butler Book Prize winner (for the short story collection Gargoyles) has also just signed a two-book deal with Penguin for a novel and another short fiction collection, and will also be writing a memoir for Greystone Books.