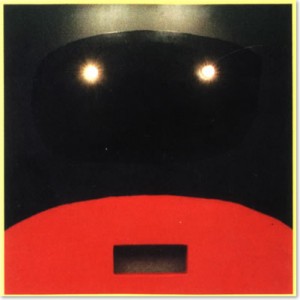 “The Earthquake” by Sandra Meigs

Milroy, the former editor and publisher of Canadian Art, also highlighted the importance of UVic’s Visual Arts department. “Anchored by the example of Mowry Baden . . . and the late Roland Brener . . . the leading artists formerly and currently centred on the University of Victoria are part of an emerging tradition that challegnes the pure visuality of Vancouver photoconceptualists. These works hit you first in the gut; then the mind scrambles to compute.” Milroy goes on to note the UVic-trained likes of Jessica Stockholder (director of graduate studies in sculpture at Yale), prominent sculptors Charles Ray (Los Angeles), Kim Adams (Toronto) and  current faculty member Luanne Martineau. “Maybe Victoria is . . . just far enough off the art-world grid to offer an ideal space for experimentation and vibrant idiosyncrasy,” she concludes.