Was this one of your Great Moments? Let us know!

The deadline is coming up fast for the Great Moments call. (In case you’ve been on sabbatical and missed the word, UVic is on the hunt for 50 Great Moments to celebrate our upcoming 50th anniversary in 2012/13.) And, of course, we want to make sure that Fine Arts is well-represented in those Great Moments.

What makes a Great Moment? Well, it can be anything truly notable—big capital letter  things like the creation of the Faculty of Fine Arts, say, or more lyrical events like the Lafayette String Quartet being named artists-in-residence at the School of Music. Perhaps it’s the founding of the History in Art department, the long evolution of the Phoenix Theatre from tiny hut to academic complex, W.P. Kinsella writing the first draft of Shoeless Joe (which became Field of Dreams) in his Writing classes, or the construction of the Visual Arts building. Really, it can be anything from a campus development to an individual or team achievement . . . and it would really help if there was a picture to go with it!

We’ve got until January 20 to submit our list, so if you have any Great Moments spanning UVic’s 1962-2012 history, be sure to contact johnt@uvic.ca with the details no later than January 15.

Good news for all you artsy types—the City of Victoria is turning 150 in 2012 and, to celebrate, City Hall has announced they’ll be developing “a memorable and exciting line-up of 150th anniversary programming for delivery throughout 2012.”

What does that mean for Fine Arts faculty, staff and students? Why, the opportunity to apply for some funding, of course! In order to retain Victoria’s “prominence as one of the top places to live, work and play in Canada and the world” (as long as you can afford to live here, of course, and find a job), the City of Victoria wants to “celebrate our rich history and create a window to our equally promising future.”

All cynicism aside, however, there is an opportunity here to get in on the two grant programs available to help the community celebrate Victoria 150 (both grants are made possible by the support of Canadian Heritage and the Greater Victoria Spirit Committee). Project grants will range from $1,000 to $20,000. Here’s the official word:

“CALL FOR PROPOSALS: 150 PEOPLE AND PLACES

1) Addressing Art and Heritage – This exciting and unique art and cultural grant program project will highlight iconic locations and addresses in Victoria by encouraging and supporting the creative interpretation of their significance by artists of all disciplines. The result will be an exciting, dynamic and inspiring range of artistic endeavours that will bring to light the beauty and history of Victoria’s most valued spaces.

2) My Community Celebrates 150! – This grant program is designed for neighbourhood associations, community groups and community based non-profits to produce their own participatory celebration or project.”

You can find complete background information, application details and a PDF for download here, but here’s the quickie breakdown on what’s acceptable: “Artistic expression may include sculptures on site, lighting installations or projections on buildings, photography or paintings of featured locations (displayed on site or elsewhere), en plein aire paint-in events, site specific theatre, dance or musical performance, pop-up theatre festival, or other. The connection to the location may be direct (on site) or implied (through subject matter).”

Further, “All artistic disciplines are eligible, including but not limited to, visual art—including paint, sculpture, mixed media and photography—performance disciplines including theatre, dance, music and performance art, as well as new art forms, including multimedia and lighting.”

In other words, pretty much everything we do here in Fine Arts. The call for proposals is  open to individual artists, collectives or established arts groups. (Note: there must be a professional artist to lead the project; community artists and students may contribute under the leadership of an established professional.)

The deadline for applications is January 15, 2012—so put your thinking caps on over the holidays, and get those grant-typing fingers going! 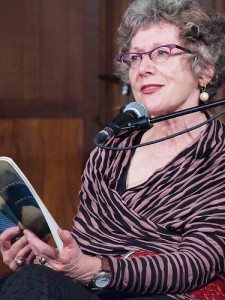 2011 marks a significant milestone in the careers of four School of Music faculty members. At a reception on October 4 at the University Club, long-service employees from all areas of the campus were honoured. Among those celebrated were four headliners from Music: Alexandra Pohran Dawkins (head of woodwinds) and Harald Krebs (head of theory), both marking 25 years; Eva Solar-Kinderman (piano performance), notching up 30 years; and Eugene Dowling (tuba, euphonium, and trombone performance), who celebrates 35 years with Music.

Director Gerald King is grateful for their commitment. “We are so honored to have such talented and dedicated faculty who have given so much to the School of Music and the University,” he said. “Four faculty members who have served the University for 25, 30 and 35 years—this is a remarkable milestone. Such longtime service is an indicator of the quality of our school.” 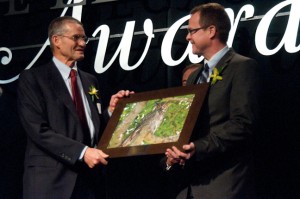 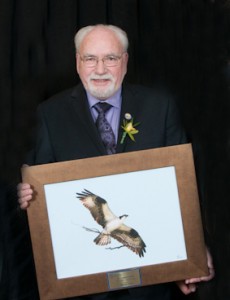 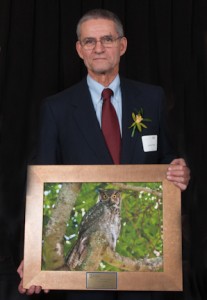 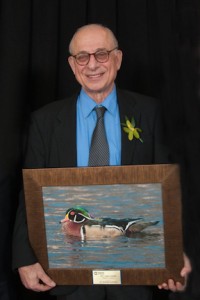 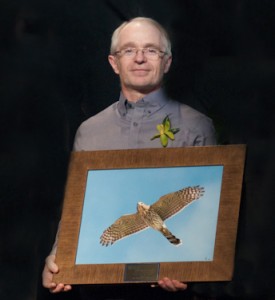