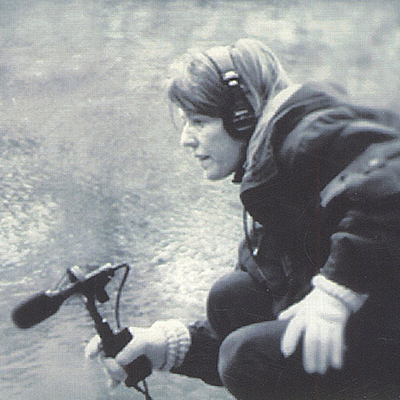 Hildegard Westerkamp is a pioneering figure within the field of soundscape studies and sound ecology. At the beginning of her career she worked with R. Murray Schafer and the World Soundscape Project, is a founding and board member of the World Forum for Acoustic Ecology and was long-time editor of its journal Soundscape. She has conducted soundscape workshops, given concerts and lectures, and has coordinated and led Soundwalks locally and internationally. In 2003 Vancouver New Music (VNM) invited her to coordinate and lead public soundwalks as part of its yearly concert season. This in turn inspired the creation of The Vancouver Soundwalk Collective, whose members are continuing the work on a regular basis. She has also mentored a variety of younger composers, sound designers, soundwalk leaders and people pursuing careers in soundscape studies and acoustic ecology. Excerpts of her compositions appear in Gus van Sants’ films Elephant and Last Days and more recently she collaborated on the soundtrack of Nettie Wild’s film Koneline.