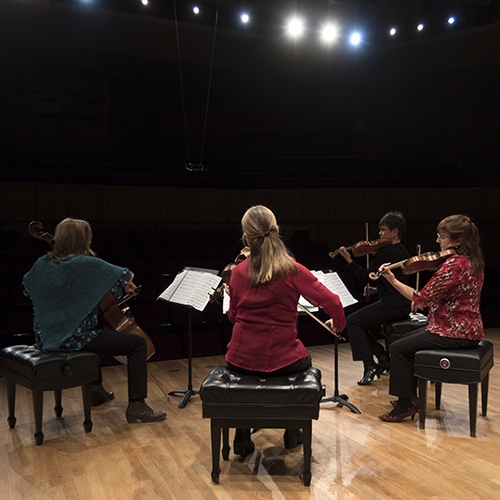 On the 50th anniversary of Earth Day, the Lafayette String Quartet is joined by renowned Canadian poets Robert Bringhurst and Jan Zwicky, in an updated version of this classic work for string quartet. In its original version of Seven Last Words, each of Christ’s seven last utterances served as the basis for a short sermon, which was then followed by meditative music. The texts Bringhurst and Zwicky have created extend the theme of crucifixion to focus on environmental destruction: what humans have done to the Earth, rather than on what humans have done to the divine in human form. Haydn’s powerful and moving score provides the perfect atmosphere in which to contemplate our affect on the natural world.

Following the concert, join the LSQ, Zwicky, Bringhurst and special guests for an informal reception and discussion in MacLaurin B037.