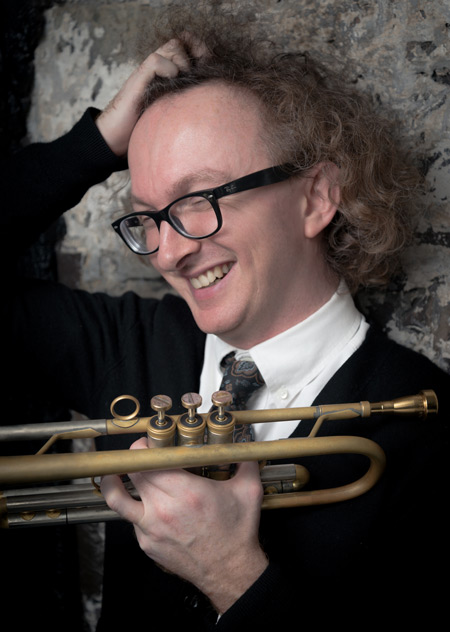 Celebrate the musical legacy of the great West Coast trumpeter and singer Chet Baker, who would have turned 90 this year. Cool jazz often refers to a style performed by jazz musicians in California in the ’50s and early ’60s. As opposed to the harder edged sound popular on the East Coast during that time, this cooler West Coast sound was more lyrical and soft. Let “trumpet personality” Patrick Boyle and Victoria veteran pianist Tom Vickery take you on a journey through the fascinating world Baker lived in.

Patrick Boyle, Associate Professor of Jazz Studies at UVic, is a fearless sonic explorer driven by discovery. His frontiers are in performance (trumpet and guitar), improvisation, composition and education. Originally from Newfoundland, Dr. Boyle appears on over 50 commercial releases and 3 acclaimed solo albums. CBC Radio has called him a “trumpet personality” and “one of Canada’s top jazz musicians.”

Tom Vickery is a leading figure on the West Coast jazz scene. Equally talented on both trumpet and piano, in 1993 he participated in a national tour of Canada with the Canadian Forces Jazz Quintet for the Department of National Defense. For the past 10 years he has played with the award-winning Dixieland Express Jazz Band, and the Tom Vickery Trio has been the house band at Hermann’s Jazz Club for more than 14 years.

Don Cox plays tuba, double bass, and electric bass. He is one of the most in-demand musicians in Victoria BC. Don is an integral member of the Capital City Syncopators: a modern take on prohibition-era jazz and country swing. Don’s tuba lays down the foundation of this eccentric 5-piece playing hot jazz, novelty songs, and hits from the 1980’s.

Toronto-based drummer Morgan Childs has built an international career as a performer and educator with some of the world’s finest musicians. Morgan is highly regarded among his peers for his deep swing feel, sensitivity, versatility and musicality, as well as his reverence for jazz history and wide-ranging musical vocabulary. Showing enviable versatility, Morgan is also a noted composer and bandleader.